Pretty spectacular rescue, wasn't that? Excellent stunt work! They used real mountain rescue crews too. All that aside, I guess that map would have come in pretty handy. The stupid woman thought she could climb down. So what was she going to do if she actually managed it? Maria just wandered around not knowing where she was until she finally stumbled on civilization and then had trouble directing them back again. Should have left sweet wrappers or something. At least Liam had Ozzy to keep him warm. Wonder how he got down there without hurting himself? Maria thinks they had no business being out there, that's not true, they just should have been more prepared. Sure they had Liam's cell phone but you would pretty much figure there wouldn't be a signal out that far. Taking Maria out to help retrace their steps might not have been the normal thing the crew would do but it did work. Aw they remembered Ozzie and the hotel will mind him. Doesn't sound like Liam came off too badly, though broken ribs can be pretty dangerous. They sure took their time calling Carla, though and she had to find out from Violet! Even disregarding her family connection, she's his business partner.

Maria's all upset that Liam called out for Carla. Can't blame her, can you? Do you think she's making a mountain out of a molehill? (er, yes, pun intended). Michelle says Liam and Carla have been at odds since they met, but that can also be a disguise for attraction too, considering she was his brother's wife. So what does Maria do? She doesn't want to be made a fool of, she doesn't want to give him a chance to tell her something she doesn't want to hear, so she pushes the wedding up! Why would she say no one's ever loved her before? You couldn't get someone that loved her more than Tyrone!! Ungrateful cow! Now, Liam does feel a bit trapped into marriage yet he says he does love Maria. Maria is covering her bases though, lying to Carla about their arrival home but she got caught out shopping for her wedding dress with Carla in a restaurant across the road. 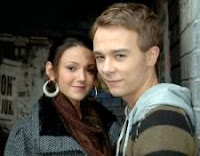 This young girl, Tina, seemed to be a bit stroppy with Gail in the clinic. She was nice to Betty, though and if she's got the nerve to go into the pub and ask for tap water, she's got guts! And...David seems to have found a girl that actually thinks he's normal! They may just be the match made in hell or she might be the making of him, keeping him on his toes. Wait until Gail finds out! David can hardly believe it. And she is a bossy thing isn't she, ordering David around and he takes it like a tonic! She cuts right to it doesn't she? Backs him in to a corner as to if he's had sex and then says she'll sleep with him. She's going to keep him on his toes, that's for sure. I like her already!

Oh Fiz, don't listen to him! He's a silver tongued devil. In a trance and couldn't say no? Horse hockey! Think what he did, Fiz, don't do it! She nearly gave in until she saw Rosie again and Rosie isn't going to go away. Chesney wants to help, but nobody really can. Fiz has to get over John but it's going to be a long haul. Rosie back to school, something tells me she's going to be the butt of all the jokes and gossip. Stape is gone from the school.

Ryan is too clever for Michelle. She's lying and saying the police caught the weirdo and Ryan has many questions and then, busted! Sees Steve talking to the stalker which, of course, is Nick who is likely Ryan's father. She only told him that because she doesn't think Nick will bother Ryan at least until they've had a DNA test.

Jack and Vera seem to have finally figured out a way to move to Blackpool, with Tyrone and Molly's help. After Paul got his backside saved by Jack pretending he'd lent Paul the money, he's no help at all. He doesn't even seem to feel guilty at all. Tyrone was sweet, going to Blackpool to get more listings for Vera. Loved the little walk down memory lane, mentioning all those old names. Aren't Ty and Molly really just a great couple? 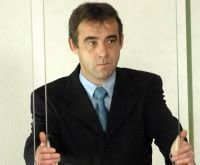 Blanche and the junior bookie are wonderful! I like the senior bookie. Have seen him in Bad Girls and he's a good actor. Boy, Sophie's got a gob on her doesn't she? They really had Liam looking rough, whitened his face and pasted reddish black circles under his eyes. Very realistic. It's Kevin's day of reckoning and Rosie decided to stay away and cook a meal instead of going to the court house. Kevin got 28 days, to serve 14 days!!! Hardly seems fair for a crime of passion. And Janice couldn't resist taking the mick out of Sally but Sophie came all over her like a wild thing and all Sean can do is simper and egg her on.

Another great Sunday morning of Corrie! Right now there are so many good story lines going, leading to the downfall of some (rubbing my hands in glee). Janice needs her gob smacked. The actress is great, but the charactor drives me crazy. I enjoy knowing she is never to far from a downfall herself. I agree Maria seemed to forget about Tyrone, but I think she really sees this as the 'one true love', where as her and Tyrone were just kids. As for Kevin, I knew where that was going, but still I hated to watch it happen. I thought Sophie did a great job in her reacting, even better than Sally, both in her upset in court, and her quietness at home dealing with Rosie. All in all, a very enjoyable 2 1/2 hours!

Janice really is an awful person. She's fickle and nasty, can turn on a friend but expects them to support her if she's hard done by.

Maria didn't love Tyrone as much as he loved her. My beef was her saying nobody had loved her before.