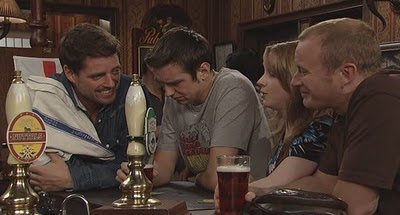 Backfire award: Gold Star: Natasha sniping at Leanne and tattling on her past to Nick. For what? It drove him right to her. 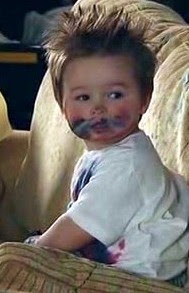 Div award: Gold Star: Trev is right. Nick is a div. and a pillock. and a prize pratt (and other words that aren't suitable for a family blog) and I thoroughly enjoyed seeing Carla win!

Adrenalin Junkie award: Who else? Stape!

Cute as a button award: Finger painted star: Aww isn't he cute! And he's a ginger!! :) 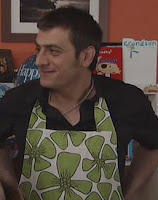 Nick: "The place looks like a sweatshop" (er. it is!)
Deirdre "When i turned 21, they didn't call it a door they called it a portcullis"
Natasha: "I need to put me face on." David: "Borrow one of his (Nick's)"
Nick: "That is what's known in the trade as foreplay" (which is the precursor for someone to get ..er.. shafted!)
Nick: "Maybe I underestimated her" Leanne: "No, you tried to pull a fast one and you got caught"
Leanne about Natasha: "She ain't fit to lick my patent leather boots!" (I wouldn't cross Leanne if i were Natasha, would you?)
Carla: "There's nothing like loyalty. And this is nothing like it!"
Paul Stokes about the factory "Weatherfield's answer to the Black Hole of Calcutta"
Sean about Carla "She's just too fabulous to resist"

A feast for my eyes! Ciaran! 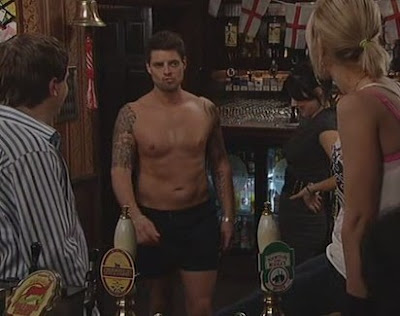 I recorded Sunday's Corrie and have been watching it today. I have to say I'm loving Carla this week!