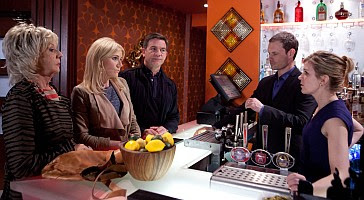 Rob and Peter continue to spar. Eileen gets what she wants but can she get used to it? Karl puts pressure on Stella which only adds to the financial pressure that's increasing. Stella asks a favour of Leanne who gives her an ultimatum in return.  David and Kylie have a scan and David takes on more work. Sylvia gets a letter.


For further detail and photos, see the Moosejaw Mercury.