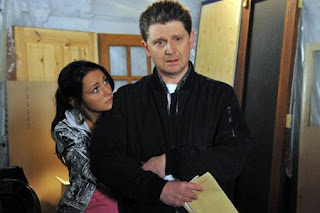 (This post was originally posted by Chewy on the Coronation Street Blog in May 2013.)

Oh dear, it seems poor Gary, Owen and Anna haven't got the money that is owed to them by Stella, for the work they did on the Rovers.

This also brings up the question of why Tina is close to them, especially Gary who played a significant role in ruining Joe's life, along side his Uncle Len, surely you wouldn't want to do someone a favour after they did that to your family.

I'm hoping Tina will turn on creepy Gary, who seems to be starting to head back into his old ways lately.