Corrie A-Z: N is for the Noughties 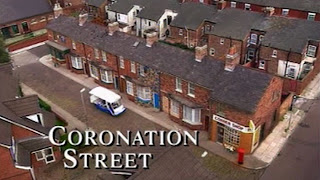 (This post was originally posted by Llifon on the Coronation Street Blog in August 2013.)

In 2000, Corrie celebrated its ruby anniversary and the anniversary episode included cameo appearances by Prince Charles, Prince of Wales and newsreader Trevor McDonald. The plot of the episode was the saving of the cobbles of Coronation Street, led by Ken Barlow. The campaign was a success and the cobbles were saved. Quite a low-key storyline compared to the explosive tram crash that occurred during the 50th anniversary episodes.

Storylines in the early years of the decade included the teenage pregnancy of Sarah Platt, Mike Baldwin’s new wife Linda having an affair with his son Mark, the rape of Toyah Battersby, the Croppers kidnapping their foster child, the abduction of Sarah Platt, Deirdre Rachid’s affair with Dev Alahan (shudder!) and Alma Halliwell’s failed battle against cervical cancer. Despite Alma’s storyline leading to a rise in women having smear tests, the storyline did receive criticism (including from Amanda Barrie who played Alma) for using an illness to raise ratings and the producers were accused by viewers of killing off a popular and well-loved character in Alma for the sake of ratings. These hard-hitting storylines were brought up in the face of the popularity of BBC soap EastEnders that included strong storylines and characters at that time. But these ratings weren’t well-received by viewers and ratings dropped and new tactics had to be adapted. New producer Kieran Roberts wanted to reintroduce gentler and humorous storylines. 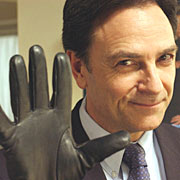 I don’t know about gentle, but in 2002 a storyline began that would grip the nation for over a year. Financial advisor Richard Hillman had been introduced in 2001 as a distant cousin to Alma and soon charmed Gail Platt whom he married in 2002. But he had a dark personality – he left Duggie Ferguson for dead, he murdered first wife Patricia, tried to make mother-in-law Audrey senile and tried to kill her, tried to kill Emily Bishop, and killed Maxine Peacock. When he confessed to his crimes, he tried to kill Gail and her children Sarah and David and Sarah’s daughter Bethany by driving them into the canal. The storyline received much attention from the press who named it Hillmania and had various nicknames for Hillman like ‘Tricky Dicky’ and ‘Killman Hillman’ and ratings rose to nearly 20 million when the storyline was at its peak. Corrie was back on top and received many accolades in various awards.
Episodes broadcasts varied during the decade. Sunday episodes, which had begun in 1996, came to an end in 2008. A second Monday episode was introduced regularly in 2003 while a second Friday episode was introduced in 2008. In 2009, it was decided that the Wednesday episode would move to Thursday. Corrie had been broadcast on Wednesday since its inception. But a Thursday slot proved unpopular and it returned to its rightful slot in 2012. 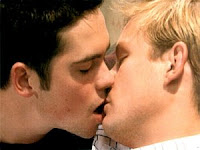 After the successful Hillmania storyline, Corrie’s storylines during the mid-2000s included Todd Grimshaw becoming the first homosexual character, a love triangle including Steve McDonald, his wife Karen and Tracy Barlow; the bigamy of Peter Barlow; Katy Harris murdering her father and then her eventual suicide; Shelley Unwin’s abuse at the hands of boyfriend Charlie Stubbs; Rita Sullivan falsely accused of GBH; and Emily Bishop meeting the man who killed her husband Ernest in 1978. Three families were introduced: the Mortons, the Connors and the Windasses. While the Mortons were all written out within a year of their introduction, the other families became well established. At the end of the decade big storylines included Tracy Barlow murdering Charlie Stubbs; the first bisexual love triangle (Michelle Connor, Sean Tully and Sonny Dhillon); the various sagas of the Connor and Platt families; Tony Gordon’s reign of terror; the big reveal that Julie Carp was Eileen Grimshaw’s half-sister; Ken Barlow’s affair with Martha Fraser; Kevin Webster’s affair with Molly Dobbs; Steve McDonald’s affair and eventual marriage to Becky Granger; and Peter Barlow’s battle against alcoholism.

During the decade, we saw the last of some well-loved familiar faces. Alma Halliwell died in 2001, having appeared on and off for twenty years. In 2006, Johnny Briggs made his last appearance as ruthless businessman Mike Baldwin after 30 years. Mike’s exit storyline was that he was diagnosed with Alzheimer’s disease and he became the shadow of his former self. During his last year, where his illness began to become evident, there were many scenes with Mike thinking that deceased characters were still alive – characters like second wife Alma, Len Fairclough and Ernest Bishop. He also was seen asking for Bet Lynch, who was his girlfriend in the 70s. He collapsed of a heart attack on the cobbles in the arms of nemesis Ken Barlow, who he even taunted about the fact that (he thought) he was having an affair with Deirdre. Although it was 2006, Mike’s mind was back in 1983.
The same year, John Savident made his last appearance as booming butcher Fred Elliott after 12 years. Fred died of a massive coronary. Although not reaching the same milestone as Mike, Fred had become a hugely popular character and his tendency to repeat himself became legend and he was easily imitated by the public.

In 2008, Liz Dawn made her last appearance as loudmouth Vera Duckworth after 34 years. Ill health was the reason for her departure, her battle against emphysema well known. Since 2005, her appearances had decreased, and so in 2007, she decided to leave the soap. Vera passed away from heart failure, leaving a devastated Jack.
In 2009, Maggie Jones passed away and her final appearance as battleaxe Blanche Hunt occurred in December of that year, posthumously. Blanche first appeared as the mother of Deirdre in 1974 and appeared on and off until 1998 before becoming a regular character (although she had been a regular until 1976). She became well-loved and was best known for her put-downs and one-liners and was seen as the 21st century Ena Sharples. Blanche was written out in the spring of 2010.
As Corrie was about to reach its golden anniversary, it could still say it had a place in the nation’s hearts.
Did you start watching Corrie in the 2000s? What’s your favourite moment from the 2000s?