It's just not cricket

(This post was originally posted by Martin Leay on the Coronation Street Blog in September 2014.)

There has been a lot of underhanded behaviour in Weatherfield recently, what with Machiavellian Murderer, Rob Donovan doing all he can to ensure Peter goes down for a crime he didn’t commit; and the cowboy building operation being run to catastrophic effect over at “Jason's Construction”. It’s just not cricket.

It was with some relief then that I sat down last Sunday to watch the epic encounter between The Rovers Return and The Flying Horse. It provided a welcome break from Peter’s predicament and the gripping but intense wrangling between the Dobbs and Grimshaw households. 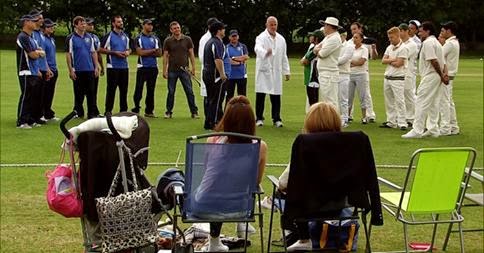 I’m not sure how the hastily assembled Rovers team managed to beat an established Sunday League team but that’s the romance of pub cricket, I suppose – anything can happen. Obviously, sport runs through Manchester’s core and it stands to reason there would be some competent cricketers in Weatherfield. The Rovers’ team sheet was as follows:


Although the talent belonged mainly to Zeedan, Rob and Gary, Platty deserves a mention for a solid catch early doors and Steph too for stumping out Dean Upton, Landlord of The Flying Horse. Dev’s most noticeable contribution came at teatime with a veritable spread laid on by D&S Alahan’s Corner Shop, much to the delight of both teams.

Twelfth Man Steve McDonald may not have touched a ball but he did a fine job of assembling his team. In a sort of ‘Director of Cricket’ role, he appointed Alya Nazir to take charge of team selection. This proved a tactical masterstroke as Alya effortlessly calmed the dressing room bickering and focused her players on the task at hand – wiping the smile off Dean Upton’s face and shutting Bobby the Trumpet up for good. 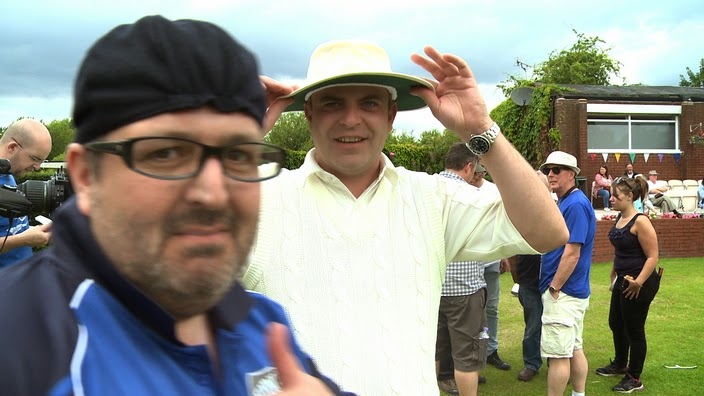 What did blog readers think of stand-up comedian Justin Moorhouse as Deano? I thought it was a decent cameo and I’d like to see a recurring rivalry develop between the two publicans. After all, The Flying Horse want to win back the vintage Space Invaders machine they forfeited in defeat. Maybe the Weathy Arms could also be involved in a round robin. 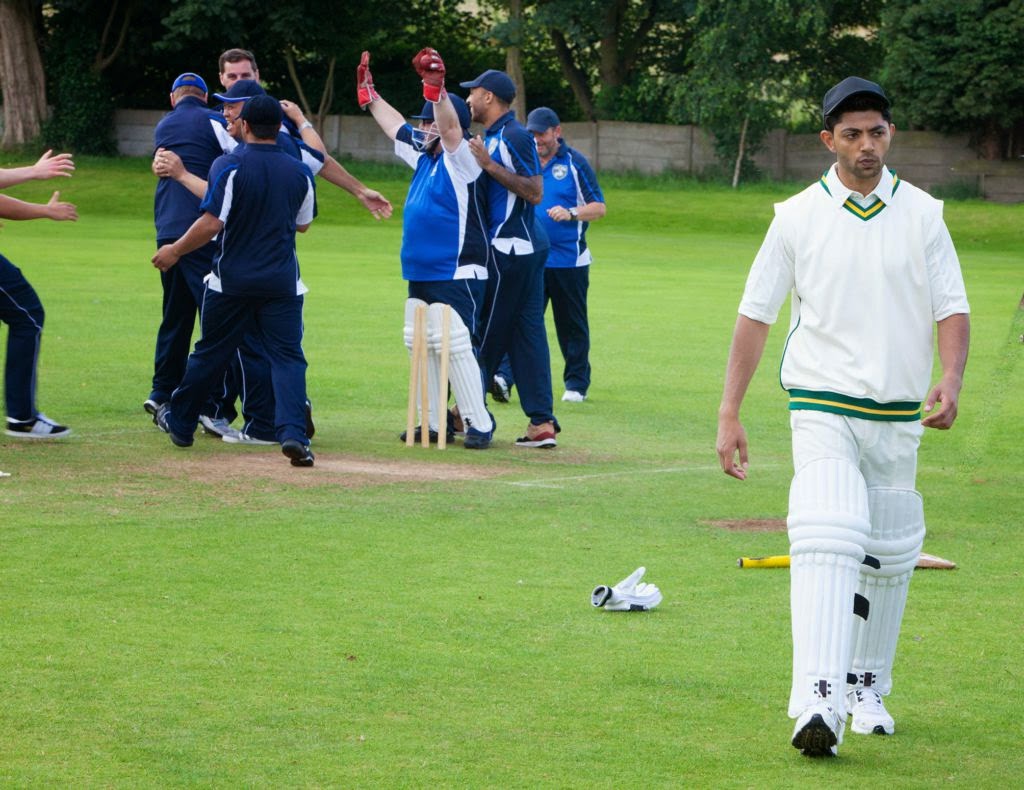 Zeedan was brought into play for the first time – the final member of the Nazir squad. Despite being an excellent all-rounder, his hatred of Leanne (who he had yet to meet) was such that the mere sight of her made him throw his bat down in disgust and walk off the pitch with very few runs on the board. And they say cricket is a gentleman’s game! Leanne is going to have her work cut out there and it remains to be seen if the Nazirs will gel as a unit.

Thank goodness for Gary Windass who managed a respectable 59 runs before being ruled out for LBW. Michael “42 runs a season” Rodwell may have been free from the shackles of his electronic tag but he didn’t run very far on this occasion, finding himself out for a duck. The sight of Michael clutching his chest sowed the seeds of an imminent storyline. 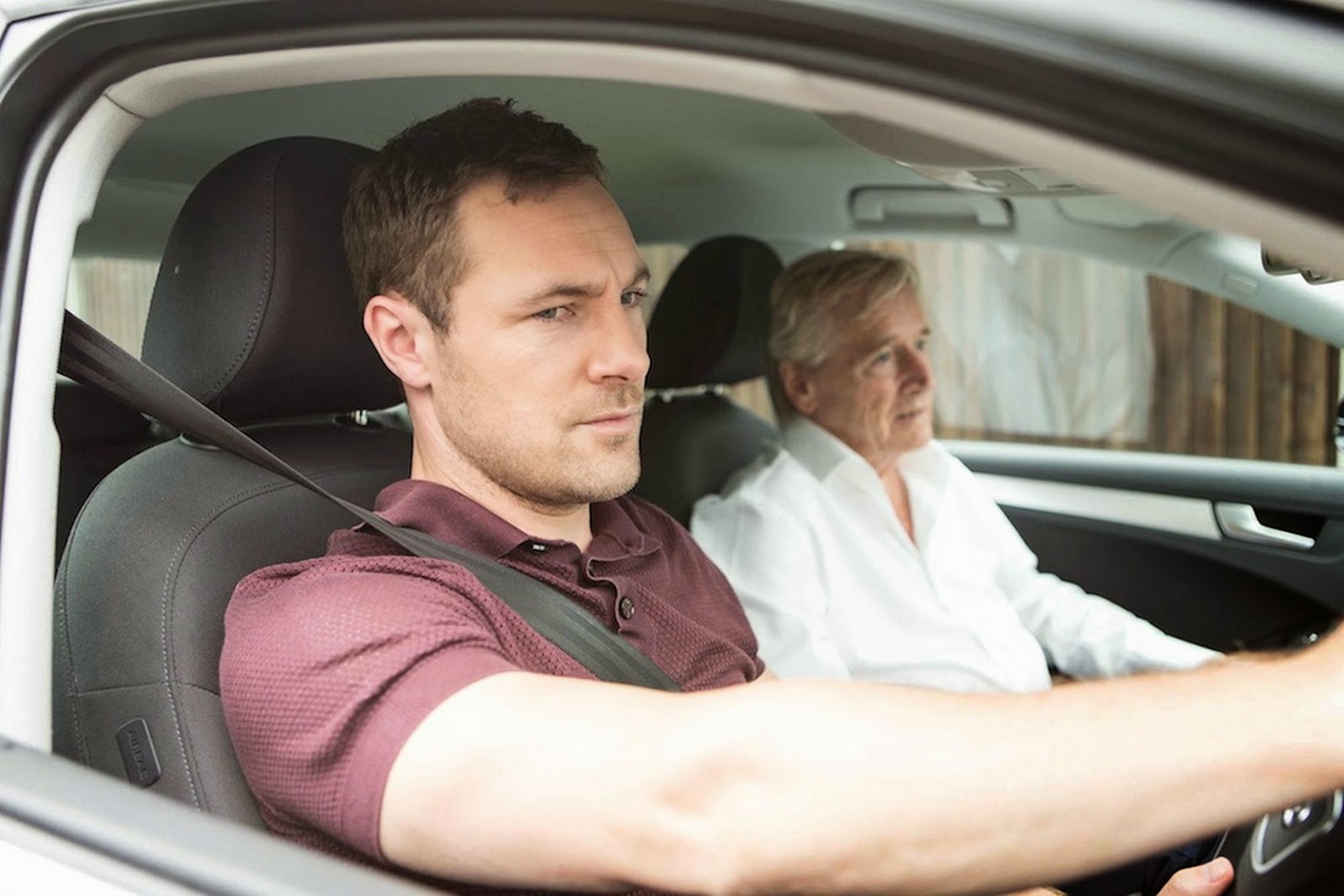 So what about “star batsman” Rob Donovan? Well, he spent the day desperately trying to prevent Carla from revealing to Ken her newfound belief in Peter’s innocence. But what really knocked him for six was discovering that a new development is being built on the site where he hid the murder weapon. He really should have checked the local planning applications before disposing of the evidence – surely Deirdre could have helped him navigate the Weatherfield Council website? The retrieval and reburial of said evidence was far more pressing than pub cricket and Rob remained AWOL for most of the match.

When the Rovers were down to their last batsman, it looked like Stevie Mac and his oversized hat would get a run out after all. However, in the nick of time, Rob arrived in T-shirt and jeans to save the day. On the last ball of the last over, The Rovers needed four runs to win. Swapping the lead pipe for the cricket bat, Rob smashed it out of the park and won it for Team Rovers.

I enjoyed the cricket storyline. It showcased the sense of community and camaraderie so central to Coronation Street. When Rob’s teammates lifted him aloft amidst chants of “Legend, Legend”, I almost found myself forgiving him for all that he’s done. And that’s the tragedy – Rob has been a great character in recent months. It's a shame they made him a murderer. I feel he had much more to give.

But the die is cast. Carla is getting suspicious and he won’t be able to pull the wool over Ken’s eyes for much longer. Rob is on a sticky wicket and when the truth comes out, there’ll be no chance of bail.