(This post was originally posted by Clinkers (David) on the Coronation Street Blog in August 2014.)

Well, he's certainly inveigled (thanks for that one Ken) his way into the life of simpering Gail but how is Michael Rodwell shaping up with the viewers? 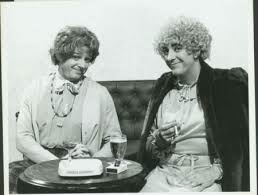 For UK fans, there was the age-old problem of casting a familiar face in a leading role. Many will remember Les Dennis from his 1980s comedy partnership with the late Dustin Gee, where Les often impersonated Mavis Riley to Dustin's Vera Duckworth. For fifteen years he was the host of the ITV quiz show Family Fortunes. Taking a role in the UK's leading soap could have been problematic and yet he already feels like a fixture.

Gail's life, as usual, is a whirling mess of nonsense. Both of her sons are emotionally stunted and one of them appears to be even older than she is. Add to this her increasingly ineffectual mother, firebrand daughter-in-law and 'naughty' step grandson and it suddenly becomes apparent why a failed burglar has become her rock.

Will Michael last and will he come husband number five? As we know, confetti is like catnip to our Gail so we can probably expect her to be hauling herself in front of another unsuspecting registrar within the year. Cue disapproving chorus of tight-lipped Audrey, sneering David and elderly camp villain Nick. Given that Gail managed not to have happy endings with a mummy's boy, the dull nurse, a serial killer or the serial klutz, she may just be on to something with Mr Whippy, the thieving ice-cream van man.

As we know, Michael has a family of his own so let's hope they enter stage left before too long. Can we expect a son or daughter unhappy at the prospect of their father hitching up with Gail and her less-than-stable entourage? Will Michael get worried when Gail's Oedipus Syndrome kicks in yet again? Or will it be a case of  roses around the door and happy ever after? With this being Weatherfield, we shouldn't bank on it. 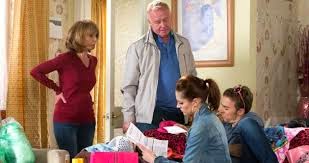