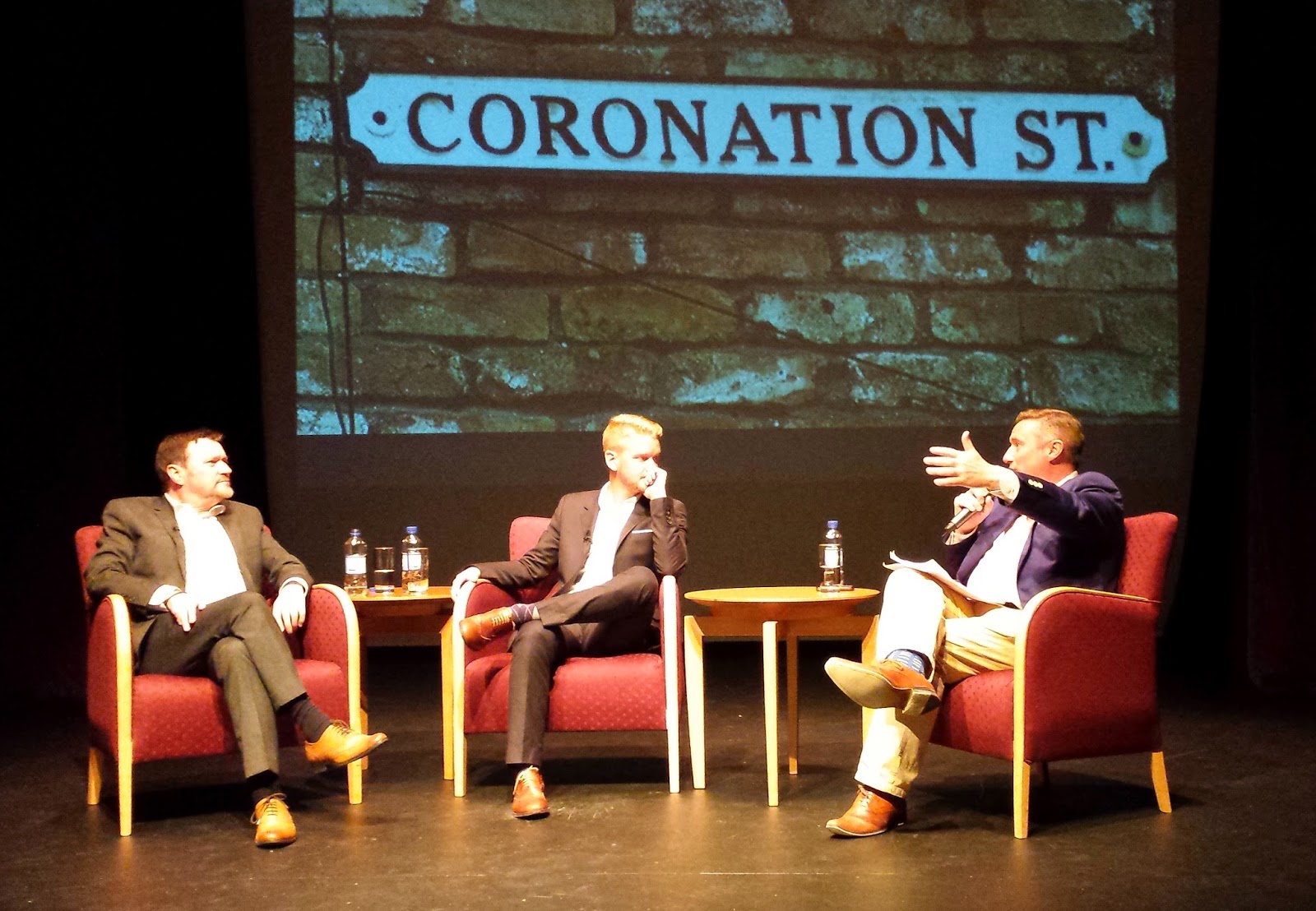 (This post was originally posted by Emma Hynes on the Coronation Street Blog in September 2014.)


On Saturday 13 September, Ian Puleston-Davies and Mikey North, AKA Corrie’s Owen and Gary, travelled to to bring their Men at Work show to the Mill Theatre, Dundrum. Considering I have made a number of Corrie related expeditions to , there was no way I was going to miss the opportunity of seeing two of its finest actors in my home town of . Brought to Ireland by Celtic Horizon Tours in conjunction with BCP Event Management, and described as a hosted interview in the first act, followed by a question and answer period in the second, I was very interested to see how the evening would unfold.

I caught up with Ian and Mikey before the show for an exclusive interview to find out what fans could expect, and how it all came about. Mikey explained how an invite to meet the fan club in  lead to a return visit to tour an actual show, and that there is now a third visit in the offing. Having successfully extended the tour to Ireland, there’s every hope that it could go even further afield.

Both Ian and Mikey were clearly excited and enthusiastic about the show and their natural banter and rapport, evident from the off, had me convinced that an entertaining and engaging evening lay ahead. While their on screen partnership always yields strong performances, there was no doubt that this chemistry is similarly potent off screen, with their humour, wit and natural and engaging repartee endearing them immensely. 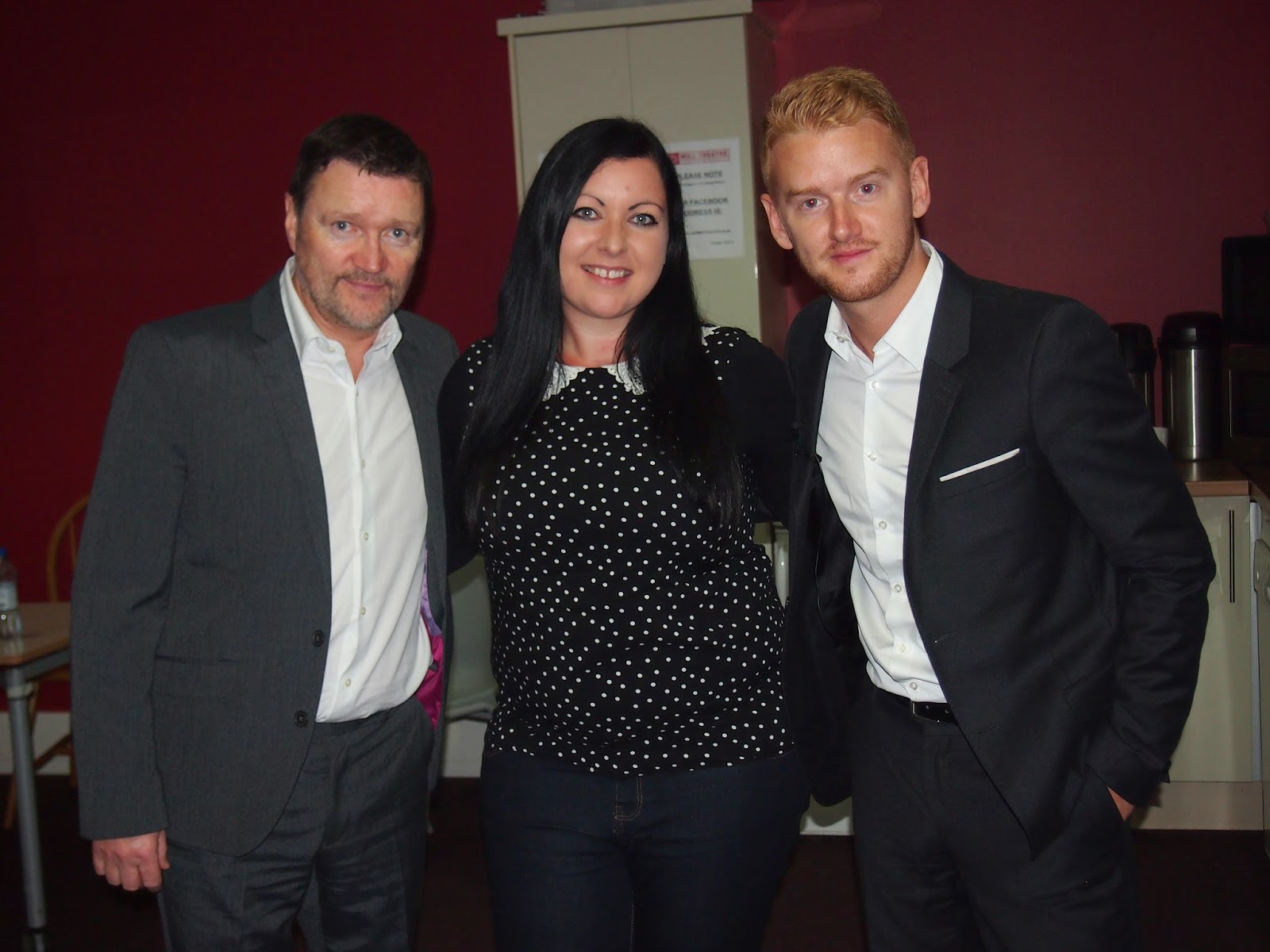 But don’t be fooled into thinking their pairing as Owen and Gary replicates itself entirely, as Mikey reveals, “in actual fact, it’s kind of roles reversed because in real life he’s the big kid and I’m like the sensible one, I do everything for him when we’re away.”

Without wishing to give too much away, Ian told me, “the general spoiler is that we like to have a laugh”. As far as their favourite part of doing the show goes, Ian recalls watching Parkinson and imagining how much he’d enjoy being interviewed in such a scenario. The style of the evening allows him to experience just that, and he observes, “We’re quite anecdotal, which helps if you’re doing a chat show”.

Mikey acknowledges that for fans it’s not just about hearing stories about , but what goes on behind the scenes, and the camaraderie that occurs ‘backstage’. Ian added, “We like to think that the audience enjoy the silly banter that we have. That’s the dressing. But inside, the information is about the show, and the serious part is about how we prepare, and the filming.”

The serious element extends to Ian candidly discussing his diagnosis with Obsessive Compulsive Disorder in 1995 and how he has coped since. Such is their friendship that Mikey is a great help to him in the event that he struggles on set or when they travel away together. Ian’s outlook is a very positive one however, and he is very eager to raise awareness of the nature of the disorder.

On the decision to embark on a show together Ian observes, “We get on, and our friendship kind of fitted with the idea that maybe it could work on stage.” And it most certainly does. Fans are guaranteed to enjoy their tales from behind the scenes, their experiences of , and stories concerning their past careers and lives outside the soap, but one additional and central pleasure of this show is most certainly watching and listening to the pair themselves. They are clearly two people who genuinely enjoy each other's company and have shared some fantastic memories. Mikey reveals that a lot of humorous things happen to Ian, they laugh a lot, and they want to share this with fans. Indeed, the mixture of funny stories and genuinely insightful information is a winning combination.

Also central to the success and enjoyment of this show is the manner in which the audience is welcomed into their world and made to feel part of it rather than outside observers looking in. The host for the evening, Shay Byrne, proved to be the ideal compere in fostering such conditions. His own wry sense of humour, relaxed demeanour and clear enjoyment of the show contributed to our pleasure and, together with Ian and Mikey, was central to the creation of a laid back, informal atmosphere which brought out the best in everyone.

This was borne out in the Q&A section of the show where audience members were clearly relaxed in asking their questions, and Ian and Mikey answered each one posed, replying with genuine and fitting interest, sincerity and appreciation.

In my interview with them before the show, they described this section as “masses of fun”, and appeared to enjoy the variety of questions audience members asked them. “It’s like a normal chat over a pint”, observes Ian, and having seen the show, I can testify to that. Ian and Mikey’s own enjoyment was clear, and evidenced by their genuine surprise when the first half had run over time, and regret when the second half came to a close. Their desire to include the audience as part of the show even extended to a group photograph at the very end which will be made available online.

The show was also very reasonably priced considering it lasted over two hours and offered such enjoyment and quality entertainment making it not just great value, but an absolute must see for any Corrie fan. I’m told that plans are being firmed up for an extension of the tour in early next year, and I can assure you that it’s not to be missed.