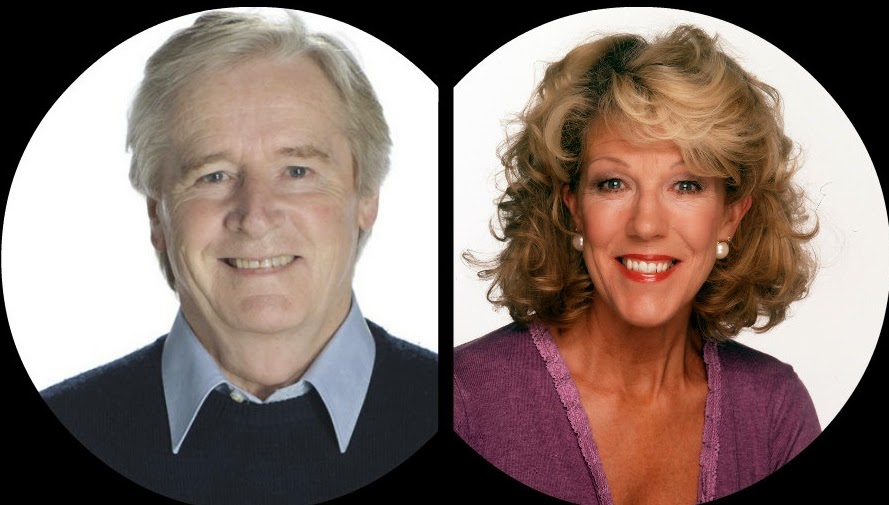 (This post was originally posted by Llifon on the Coronation Street Blog in September 2014.)

Over the years, Corrie has been very good at portraying long running friendships - Ena and Minnie, Len and Alf, Alma and Audrey, Rita and Mavis, Steve and Lloyd or Deirdre and Liz to name a few. The friendship is built over time, be it due to the characters working together, they're neighbours, they share the same hobbies and sometimes because they're the same age.

There have been unlikely friendships over the years. Rita and Mavis is an obvious one where their chalk and cheese personalities provided a lasting friendship while in recent years Roy's friendships with Becky and Carla are not ones you would think would be fathomable. But they work!

The other friendship is this one: suddenly characters become best buddies despite no previous indication that they share common ground. Sometimes it's led by a plotline, like when Carla and Tina struck on a close friendship just because Tina would later have an affair with Peter. Much more plausible was Carla's friendship with Leanne which I would love to be rekindled. If Peggy Mitchell and Pat Butcher could develop a strong friendship after their rivalry, I'm sure Carla and Leanne could let bygones be bygones. Enough time has passed now for them to start on another page. In real life it probably wouldn't happen, but this is soap after all!

But the new-found friendship that has been puzzling me for a few weeks now is that of Ken and Audrey's. It all began when Ken returned from Canada. He'd only just come home and Audrey was running across from the salon, excited to see him. Only for her to get the door slammed in her face by a flustered Deirdre. Soon after, Ken is in the Rovers and Audrey rushes over to welcome him home and offers to buy him a drink. She's also been concerned about Peter and the effect this has had on Ken and last week they shared a drink in the Rovers and they laughed and joked.

Now before Ken left, he didn't have that close a friendship with Audrey. Despite around the same age, they had very different viewpoints in life - Ken studied the past and history while Audrey lived in the present. Watching old episodes from the 1990s and the early 2000s, I see Ken and Audrey were often at loggerheads over one matter or another - be it Ken being disgruntled about Audrey gossiping about Deirdre or Ken annoying Audrey with his newspaper column badmouthing the council. While they may have both been hurt by Lewis kissing Deirdre, there was no indication that they shared a bond.

Ken's main friends on the street in recent years have been Rita, Emily and Roy while Audrey has been linked over the years with Fred Elliott and Alma. While Ken enjoyed a good and long friendship with Alf, Audrey always saw Ken as a bit academic and boring for her liking, compared to businessmen like Mike Baldwin or Fred. And Audrey and Deirdre have been seen as bosom buddies, so there's no link there either. So it's a bit puzzling really. It has come about so suddenly. Maybe Audrey sees a bond between them because Ken's been to Canada and her son Stephen lives there as well? Or maybe it's because she knows how it feels to have her child in prison? Who knows?

More plausible, in my opinion, would be that Emily would be eager to welcome Ken home while it was over a drink with Rita that he would confide his problems. But maybe due to the unavailability of both Eileen Derbyshire and Barbara Knox, Sue Nicholls had to step into the breach?

And another thing, why hasn't Ken been seen talking to Roy about the closure of the library. I know he's in enough dramas with Peter, but surely a scene could've been slipped in? Come on writers!

Anyway, have you noticed this new-found friendship on the cobbles? What do you make of it?