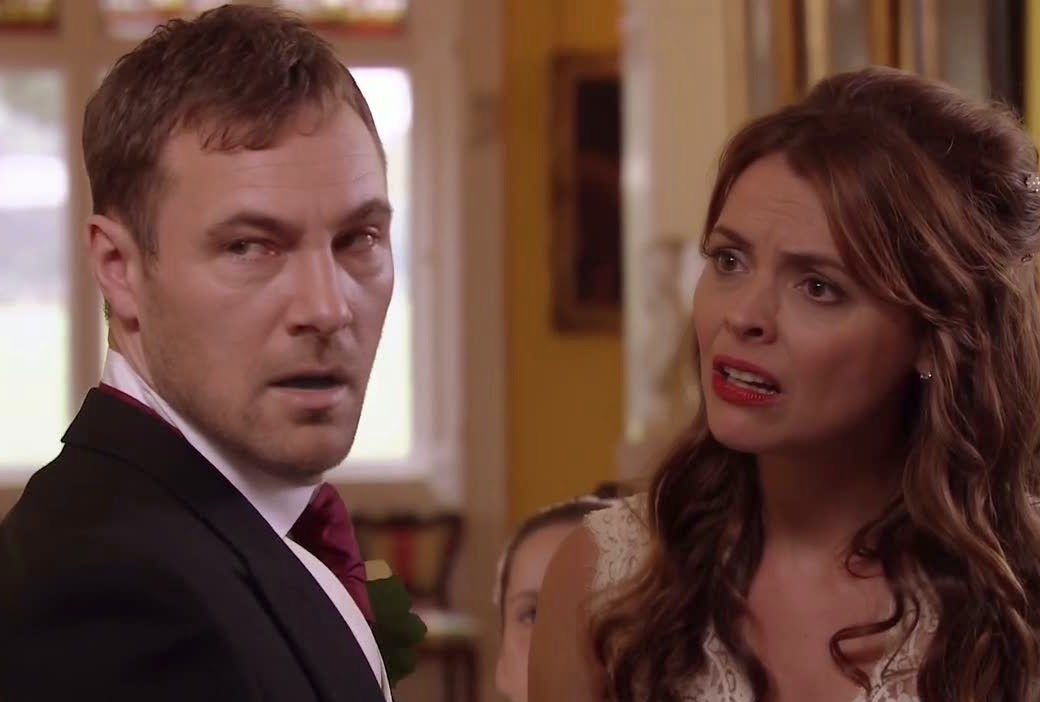 (This post was originally posted by Tvor on the Coronation Street Blog in September 2014.)


It's wedding time in Coronation Street again. This time it's everyone's idea of a match made in hell. As Kevin so rightly said "Anyone saying I Do to Tracy Barlow is like a turkey voting for Christmas".

Anyone marrying Tracy Barlow has to be out of their minds, right?

Well, not necessarily. We have seen how Rob and Tracy really seem to be suited to each other, more than Tracy even realised as it turns out. I don't think Rob's conviction for murder, if there is one, will get overturned.

Personally, I enjoyed the wedding episodes. It was another tram crash waiting to happen once Rob confessed to Carla. I did wonder why Carla gave Rob the tip off which led him out the door and over the fence but I suppose she just felt too torn with her loyalties.

Anyway, There's lots of wedding chat, fashion observations, wedding photos and side notes over here on State of the Street.