The All New Bethany Platt 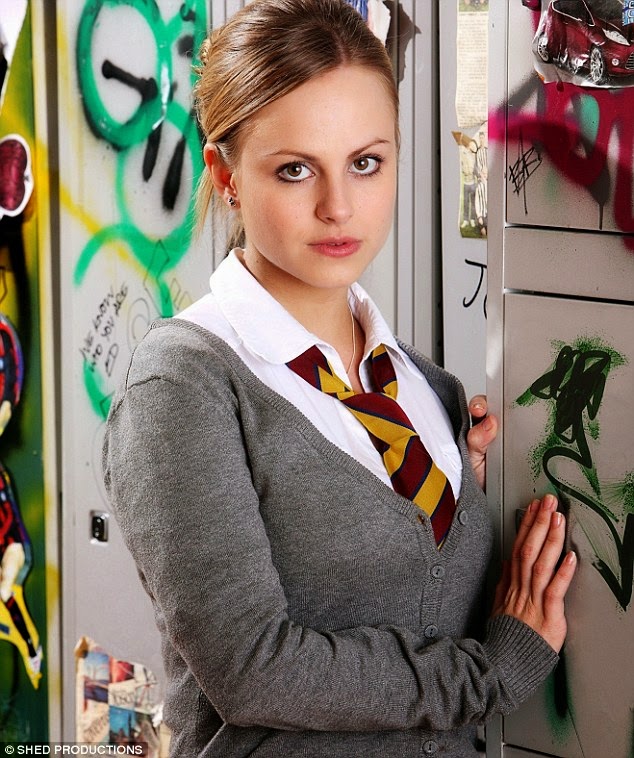 (This post was originally posted by Scott Willison on the Coronation Street Blog in November 2014, reposted with permission.)

I was sitting at home earlier, thinking about Sarah-Louise Platt.  I wasn't keen on her before she left for Italy, I have to be honest.  She'd become a whining, aggravating character who somehow made me sympathise with David Platt.  I was struggling to think what her return would mean for the show, and all I could come up with was a long drawn out sigh.

This lead me to think about Bethany Britney Platt.  She was barely a character before - there to wander around the house and occasionally get put in extreme peril, but not really do anything of interest.  It occurred to me that when she comes back she'll be nearly fifteen, and my heart sank.  She's going to come back as a wild child, isn't she?

There's a certain kind of teenage girl who the producers like to have in the cast.  For a while it was Candace, then Sarah-Lou took over the part; then there was Rosie, and then it was the soon to depart Katie.  It's a girl who's incredibly attractive, but who combines this with a certain innocence.  It's the kind of pretty girl who is much loved by gutter tabloids, the ones who rail against paedophiles on page 5 then have a former child star on page 6 with a caption like "look who's growing up!".

There are many attractive girls on the Street right now, but none of them fill this niche.  Eva and Michelle are too old; Carla and Steph are too feisty; Alya is a Muslim and so unlikely to rock up in a pair of hotpants and a boob tube.  Cast an eighteen year old actress who's willing to pose in a lads mag oiled up with salad dressing and sticking her finger in her mouth and you're sorted. 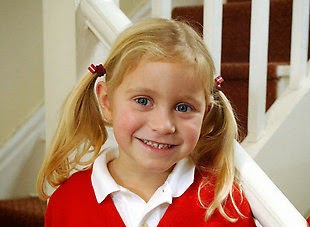 Plus, Bethany will probably be a minx.  This is based on precedent; if a character goes away and comes back they usually return as an absolute nightmare (see: Todd, Amber, Ryan).  What's the betting that plain, ordinary little Bethany Platt has turned into a tornado of craziness while she's been away?  The kind of girl who shoplifts, necks vodka shots, and flirts outrageously with anything in trousers.  The kind of girl who's going to cause her mum and her gran and her great-grandmother a lot of agony.  I very much doubt she's going to return as a bookish, plain girl with glasses and a fondness for Mahler.  I'd love that; imagine the Edina/Saffy dynamics as this serious young woman is introduced into the Platt madhouse.

I shan't hold my breath.  I bet Zoo magazine has already got its photo request in.