An anonymous telephone call to the Police gave information of Tony Gordon, currently on the loose following his escape from prison, being seen at Manchester Airport.  The caller was unsure of the terminal which meant a number of officers were dispatched to search all three. 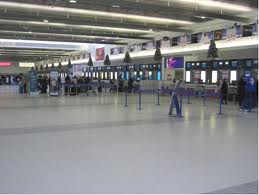 This information should have been relayed to our readers earlier however our writer was involved in a vehicle collision while leaving Coronation Street yesterday.  There were no injuries and very little damage.  Local builder Bill Webster admits fault as he backed his truck into her Rover Metro. 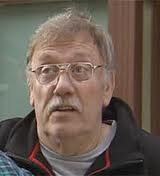 Webster was quoted to say "Oh I am sorry luv I just didn't see ya.  Nowt but a prang, I'll get my son to have a look, he works over there at the garage.  I'm fuming I am that Carla Connor just laid us off and was very rude about it.  She's gonna be sorry when we get the next rain fall.  That roof's in a right state.  Mind you she must have been doing something important in that factory.  Didn't want to speak to me and then locked the door.  There's nowt as queer as folk".

Tony Gordon is described as 5ft 9, medium build, brown hair, well groomed with heavy Scottish accent.  The Police are urging anyone who may see or come into contact with the prisoner to call the authorities immediately as Mr Gordon is considered armed and extremely dangerous.
Posted by Tiddsmom at 23:05

Cor... i hope they catch him soon! He could be getting up to all sorts!