Well, full marks and a ham and cheese barm to Graeme for his wonderful blog yesterday. Let's face it, there are often times when we would all like to charge over t'cobbles swinging the metaphorical axe. For many of us, the 'for the chop' list can change on a regular basis. For example, I would quite happily have ditched Deirdre this week, just because she's being stupid but overall, I love her to bits so we accept the fact that she has her off moments. 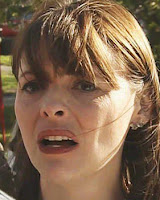 Judging by the reaction to Graeme's blog though, there are several names that crop up again and again. The long-running loathing of Tracy-luv grinds on year after year. Viewers need to be able to invest in a character. We want to see their highs and lows. What we don't want is an unrelenting tale of nastiness. If there are no redeeming characteristics, why should we bother?

Tracy needs to have a few positives in her life. How come a 35 year old woman is still loafing around at home, painting her toe nails? Give her a job, give her a purpose or get shut. Bored of Barlow. Or McDonald. Or whatever she is.

One of the other big 'thumbs down' verdicts in relation to Graeme's blog was to Sean. Again, debate will rage around whether this portrayal of an effeminate gay man is what the Street needs. Every soap needs the mixture of light and shade. In the distant past, Sean was a welcome addition to Street life. Recently though, he's just a moaning minnie (not Caldwell, obviously) who seems to be out on a limb with no real friends or lasting relationships. Should Sean come in for a bit of rehab? Is he worth saving? The character must be knocking on forty and yet seems about as emotionally developed as a sixteen year old. If he's going to be a screaming queen, then why not go the whole way and give him a Charles Hawtrey persona. At least it would give us a laugh. 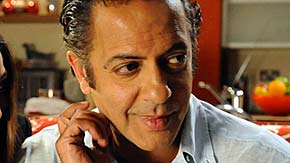 Our reaction to Dev seems to be pretty negative too. This seemingly stems from the the rather over-the-top pantomime delivery of some of his lines but in his current state, Dev is a spent character. However, rehabilitation could be at hand.

The removal of the much-maligned Sunita may give Dev a new breath of life, much in the same way that killing Renee Roberts saved Alf over thirty years ago. Plus, get the writers to acknowledge the fact that Dev has numerous other kids (and grandchildren?) as a way of extending his world. Cherish him or chuck him out. 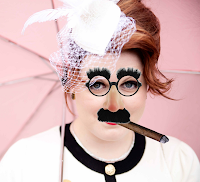 With a few changes in emphasis, no doubt many of the characters mentioned in response to Graeme's blog can be saved. Give Tina and Tommy a slice of happiness. Let's see them have a little fun. They could make a start by burning Tommy's blouses and using a thinner pen on Tina's eyebrows. Any thicker and she'll be Groucho Marx in a frock.

Michelle needs to calm down a bit. She and Steve are constantly in 'harridan and buffoon' mode. Go on writers - give them a bit of stability! Make her pregnant. Make Steve pregnant. Let's have more of Eva, Kylie, Dennis, Roy 'n' Hayley, Julie.

As for those who should go, well luckily that's not our decision. As one respondent quite rightly said, we are but a tiny group amidst the large Corrie watching public. Here's hoping that the dull, tedious, ridiculous and unbelievable characters (and we know who they are) are rooted out and dispensed with or given a new lease of life.

Remember though, that things could be worse. Think Albert Square...