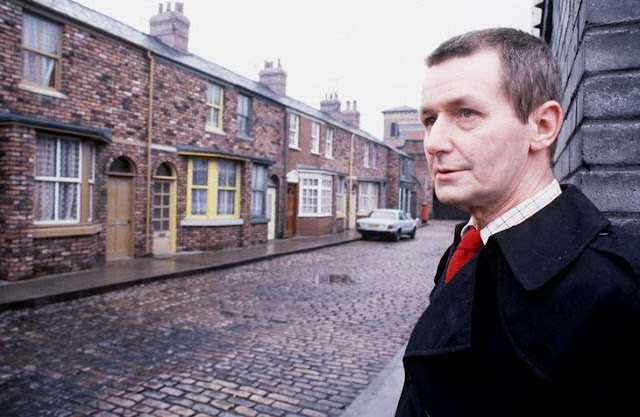 We regret to announce the passing of Coronation Street creator Tony Warren, aged 79.

Born in Pendlebury in Manchester in 1936, he became a regular on the BBC's Children's Hour where he performed with the likes of Violet Carson and Doris Speed, who would later become household names as Ena Sharples and Annie Walker in Coronation Street.

Warren first thought about creating a drama serial in 1959 and in the autumn of 1960 Granada accepted. Originally to be called Florizel Street, Coronation Street aired its first episode on the 9th of December 1960. Warren wrote the first 13 episodes and introduced us to great characters like Ena, Minnie and Martha; Jack and Annie Walker; Elsie Tanner; the Barlows; and Albert Tatlock. He was a television innovator as no other show had been broadcast on television - "a show about ordinary people on an ordinary street". The show became a hit with viewers and remains so.

Warren continued to write scripts on and off until 1976. In total he wrote 69 episodes for the show.

We have a lot to thank Tony Warren for. Without him, this Blog wouldn't exist and our lives would've been a lot poorer without Corrie.

As a tribute, here is Tony Warren appearing on This is Your Life in 1995.

I imagine our bloggers will have their own tributes over the next few days.