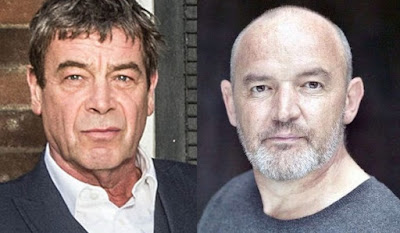 
Admittedly, the picture rather takes away the guesswork for you, but I liked this little snippet I read in this week's TV Times magazine.

"He kindly lets me stay in his spare room," reveals Connor, who lives in Plymouth, a long way south of the studio's Salford base.