Do YOU think Coronation Street went too far last night? 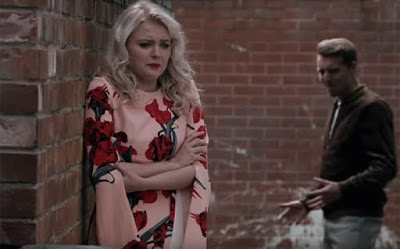 
Much is being made of last night's Coronation Street in which Nathan burned Bethany with a cigarette and forced her to sleep with three men at once.  I know I felt sick when the credits rolled and I'm thankful that at the end of this week's post-watershed episodes, we'll go back to the more traditional Corrie that we love.

Fans on social media, and by email to me today, have been saying today that they thought Corrie went too far with the story last night, that it was too difficult to watch.

But do you agree?  The whole point of highlighting such a difficult story is that it engages the teenagers who this kind of thing could be happening to, to encourage them to get help and support.

This is what Corrie producer Kate Oates told me when I interviewed her last week.

“We are still very careful about what we show. We saw three men file into the bedroom which is as sinister as I want to watch. It was useful to speak to the writers and the network to say that when we bring this storyline to a point of its darkest drama that we did have the scope for a later time slot. It doesn’t show much more than we have done previously, we have always been careful. “

You can read the full interview here

I'd love to know your thoughts. Did Corrie go too far last night? In tonight's Corrie we'll see David, Gary and the Platts race to the tanning salon to save Bethany.