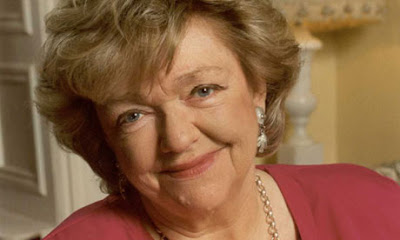 
Gordon Snell is the husband of the late, international best-selling novelist Maeve Binchy and he gave a lovely interview to The Irish Times this week.

As the journalist interviewed Mr Snell, his two cats, Audrey and Fred, wandered in and out of the room.

Asked how they chose the names for the cats, Snell chuckled. “Audrey is a character in Coronation Street. We were both addicted to watching it. One evening we were watching, and Audrey got up and said: “I’m going up to bed to knuckle down with my Maeve Binchy.”

This summer will mark the fifth anniversary of Maeve Binchy's death.

Back in 2010 Maeve Binchy wrote an exclusive blog post for us!  You can read it here.