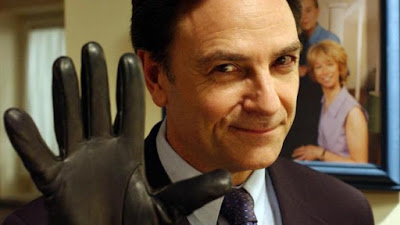 
Brian Capron, who played the wonderful Richard Hillman in Coronation Street, has been interviewed by Matthew Rolland.  It's an excellent interview and Brian reveals a few Coronation Street secrets about playing the murdering Richard Killer Hillman too.

Brian tells Matthew Rolland that he signed up to Coronation Street for only six months at the start. But then a new producer came into the show who saw something special in the character of Richard Hillman and decided to put him into the spotlight.

Richard Hillman's storyline had so many twists and turns in it, Brian says. "He was a complex character and a lovely character to play, he genuinely loved his family, I found him fascinating,"

With Richard Hillman capturing the imagination of the writers and the audience, Corrie's ratings shot up and some of the programmes were seen by 20 million people. "It was a nice little boost to my career," he says. And he said that because Richard Hillman was so well known, when he left the show, he became known as the guy people wanted to put on theatre posters as so many people recognised him from TV.

He said he was delighted to see Tina O'Brien back as Sarah Platt in Corrie, and always calls in to see his ex-colleagues when he's up in Manchester.  But he said that he feels the new street is colder than the old one and he's sad that the old street has been torn down.

Brian is currently starring on stage in a play called Strictly Murder written by Brian Clemens, who wrote Dad's Army
You can listen to the full interview here.  Brian Capron starts speaking at 26 minutes in.

And if you'd like to know more about the life of Richard Hillman on Coronation Street, it's all wrapped up in this great book - Norman Bates with a Briefcase.

Brian Capron wrote the foreword to the book. 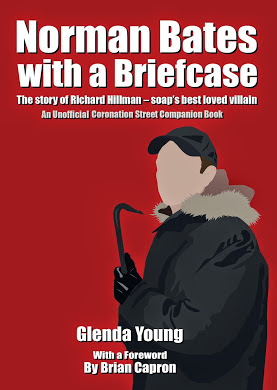