(This post was originally posted by Stevie Dawson on the Coronation Street Blog in February 2018, reposted to this blog with permission.)


Typical man. I wrote a blog to mark 100 years since some women were given the vote and I forgot to post it. Well here it is. I wanted to talk about Corrie women and how they are the centre of everything and the best thing about our favourite show. 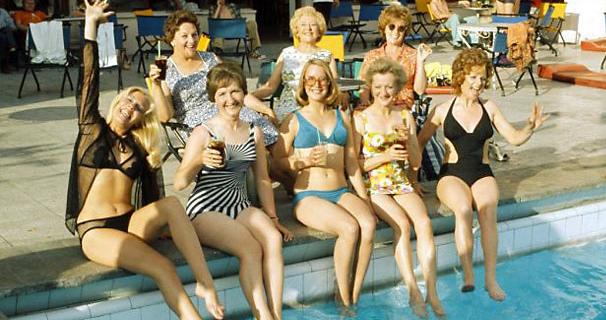 Coronation Street is all about women. With a few exceptions most storylines at the moment follow the decisions, mistakes, loves, losses, highs and lows of our fabulous Weatherfield women, and how men are often the collateral damage left in their wake or there to help pick up the pieces when things go awry. Everything points back to the women. Working class women's lives are what Corrie was created by Tony Warren to depict and it is what Corrie is celebrated for. Every now and then though men come to the fore, often they are villians, and they take us on a different journey with a different perspective. Pat Phelan is an example of this. He’s THE man right now, bringing lots of other characters and elements of the programme together. Pat is without a doubt front and centre. But what will be left at the end of it? A shell-shocked Eileen Grimshaw dealing with the fallout and Anna Windass praying she’ll be exonerated and their families around them also affected. This is a familiar formula in Corrie - when a strong male character has hogged a huge load of screen time getting up to his villainous misdemeanors, the women then continue the story by dealing with the aftermath. 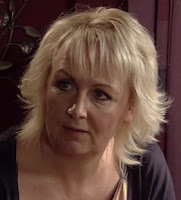 Think of Carla and Tony Gordon and Gail and Richard Hillman – although those two baddies were much more intertwined with their female counterpart throughout – Pat Phelan is almost an anomaly in terms of what he gets up to and who’s involved, and how important he is to the show. We know all that is coming to an end soon, and a great number of Corrie women - Eileen, Anna, Sally, Gail, Nicola and all their loved ones – will be left reeling from revelations from the past couple of years. It’s been a massive build up which should give our favourites some really juicy and emotive scenes in the coming weeks.

Coming back to women more generally, does today’s Corrie exist to portray the struggles of working class women in 2018 or is the soap purely for our entertainment now? There are so many demographics to satisfy in the modern world. If we look at recent storylines, Corrie definitely still has a moral purpose and writers and producers haven’t forgotten that the show can make a difference in society. In fact it’s probably very much in their minds when deciding on storylines. At the moment Carla’s kidneys are a topic of conversation, and as with other medical storylines, writers do thorough research and we get the benefit of that in the episodes, not just with information about the condition, but how to get help and in Carla’s case, how to find a donor. Rita’s recent brain tumour scare not only saw her go through surgery for the growth but ponder what her life would be like after such an operation, and whether it would be worth going through that trauma and risk at her age. Betheny’s sex grooming storyline, again heavily researched, showed us the many elements of a manipulative relationship and how even though it looks like someone is making their own decisions, they are being coerced and groomed over a long period of time. It happens in real life and was a great issue to highlight, even if some elements of the portrayal were difficult to watch. Another issue based story has been Peter and Toyah’s attempt and having a child. A bit hit and miss in terms of it’s emotive impact but highlights what some people go through in order to become parents and what their options are when the obvious isn’t possible. Sally Webster’s political ambitions in recent years have been both hilarious and sinister, and reflected something politicians have been talking about a lot recently -  social media abuse - even if it ended up being Sally’s own sister doing the trolling. Balancing a busy family life with a demanding job is something women like Sally have to grapple with, and get judged on, throughout their careers and this is an area Corrie could focus on more, perhaps involving a modern family with younger children – perhaps a stay at home dad. And who can forget Hayley Cropper. A trans woman finding her way through life, love and devastatingly for all of us, pancreatic cancer. A real triumph of a character for Coronation Street.

Through all these examples, and many many more, Corrie has shown us that it can deal with real life issues delicately and responsibly, getting the right mix of educating, representing and informing British women and men on women’s issues – whilst still being entertaining. More so in the modern age, how soaps cover big, important issues is written about, criticised, scrutinised. We don’t give writers enough credit for what they manage to achieve in six episodes a week. As I’ve recently blogged, they don’t ALWAYS get that balance right, but nothing’s perfect and a lot of it comes down to personal taste.

Guest blogger @TiffanyZBowman has written this week about her favourite “redeemed” characters in Corrie at the moment. I wanted to end by mentioning a few of my own standout women. Here’s who gets my vote so far in 2018:

Jenny’s return was a bit shaky - a short lived romance with Kevin and a brief foray into kidnapping kids. It looked like this might be a short term thing. But thank heavens it wasn’t. Since coming back and joining the Connor family, Jenny has found her place as wicked but hilarious stepmum, judgmental wine guzzler and caring but demanding wife. Not forgetting doting stepdaughter to Rita and almost sister to Gemma. There’s so much keeping Jenny on the Street and even if she isn’t getting the big storylines right now, shes a joy to watch when interacting with the other Corrie women.

Rita
Queen of the Street. Couldn’t do a list of my favourite women without her. The brain tumour storyline seemed a bit rushed but Rita’s scenes were very moving and it’s great to see her back to health, putting the world to rights.

Audrey
A cultural icon. And we don't have many soap icons left. Audrey needs more storylines and screen time. She plays the comedy brilliantly and that’s pretty much all she gets these days, in little snippets. Bring her to the front please Corrie.

Gina Seddon
Gina’s recent deterioration and focus on her bi-polar has been interesting. She’s exhausting to watch but it’s a great topic to cover and acted well by Connie Hyde. I can’t wait to see if Dev can cope with her in a more caring capacity and how much more we learn about the condition. 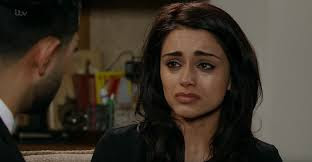 A bisexual woman from a traditional muslim family. Well done Corrie. I’m enjoying seeing the various elements of Rana’s predicament and how they affect different people. I don’t see any chemistry at all between her and Kate but the scenes this week with Zeedan broke my heart, they’ve both played it brilliantly and I hope time heals and they get back together.

Carla Connor
I’m loving Carla’s reckless and carefree attitude to life since coming back, even if it’s putting her health and life at risk. I’m sure there will be more lows for her before the feisty Carla we know and love returns to take control of her life and the Street but I’m enjoying a different side to this Corrie favourite.


I never thought I’d say this but I’m really enjoying Tracy at the moment - her sense of fun and her hilarious relationship with Steve. I haven’t always been convinced by Tracy’s evil side but she’s consistently been given great storylines and now I think she works for me with her schemes and gameplaying which of late are of a lighter, more fun nature.

Whoever your favourites are, I think we can all agree, Corrie women past and present ROCK.

2018 marks 100 years since the UK Parliament passed a law which allowed the first women, and all men, to vote for the first time. Follow #Vote100 on Twitter to keep up to date.