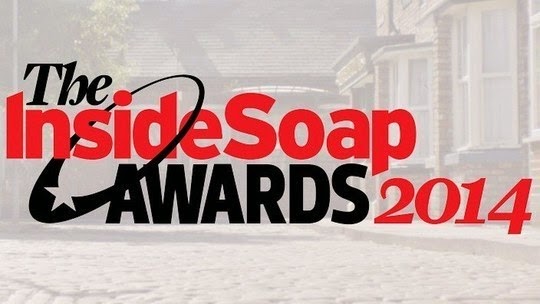 Hey Corrie fans, from ITV.com, the annual Inside Soap Awards nominations are out and here for your consideration are the categories and the Corrie actors up for gongs:

I'm tickled that a few of my favourites are nominated. Not sure I'd put Samia Ghadie as Maria in the Best Bitch category since her bad girl spell was a one off due to a breakdown so that's a bit odd. I'm also really pleased to see Anne Kirkbride get a nomination for comedy since she's been absolutely brilliant!

Get over there and Vote Now!

Email ThisBlogThis!Share to TwitterShare to FacebookShare to Pinterest
Labels: awards, inside soap