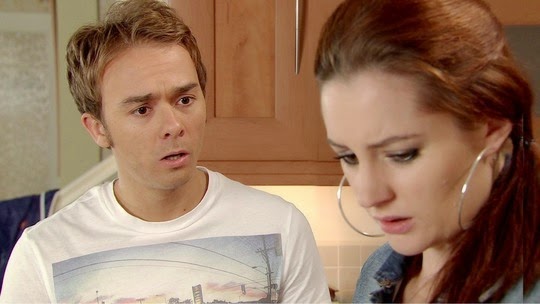 (This post was originally posted by Emma Hynes on the Coronation Street Blog in September 2014.)


Kylie’s not having it easy at the moment. Struggling to cope with the stresses of both parenthood and working life, and with things getting steadily worse, it doesn’t bode well for her over the coming months.

I travelled to ITV in to hear reveal more about the drama to come.

A character such as Kylie is often marked out for strong storylines, a fact which finds very flattering as an actress. Kylie has had some tough times on the street, and this will be her third Christmas with a big story, and on a downward spiral. This, Paula reveals, will be the darkest place Kylie has found herself yet, and while the street has proven redemptive terrain for her, there are just too many demons in her old neighbourhood.

Struggling to come to terms with Max’s diagnosis with ADHD, Kylie visits his biological father Callum to see if his condition is genetic. While she feels guilty about her own actions during her early days as a mother, she does wonder if he has inherited something from his father. Desperately wishing to cling to the life she has made for herself with David, her remorse becomes twofold as she feels guilty on returning home after meeting Callum. David notices a big change in her as she proves grumpy and agitated with a short fuse, but he puts it down to tiredness.

Callum disappeared shortly after Max was born, and when Kylie returns, he doesn’t initially show any interest in his son. This soon changes however, much to Kylie’s unease. In any event, she doesn’t get the answers she wants from her ex, a cocky, arrogant drug dealer who thinks Max would do well to take after him.

While Kylie’s reasons for seeking out Callum are just, Paula acknowledges that there is something deep down that leads her to him for less honourable reasons, even though she continues to convince herself that it’s all for Max.

Paula explains how David takes to locking Max’s medication away after he discovers Kylie taking it, and her former drug addiction sees her turn to speed as an alternative. Kylie knows Callum can supply her, which he does, but not without toying with her in the process. 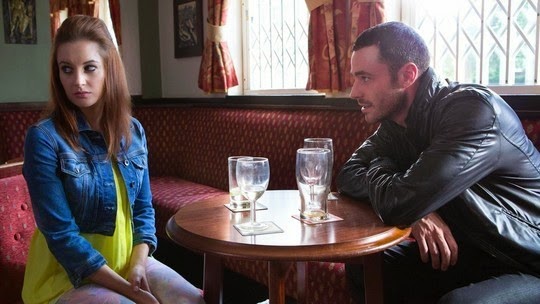 While their relationship is hostile, Paula assures us that the chemistry between Kylie and Callum is “electric”. It helps that there is a great dynamic between herself and newcomer Sean Ward who she describes as “fabulous”, and is certain will add “flavour to the street”. And while Kylie doesn’t necessarily fancy Callum, he has a charm about him that makes her feel excited, and she gets a kick out of being with him again.

One might wonder why, having made such progress in her life, Kylie must regress yet again. Paula puts this down to Kylie always carrying the fear that the mistakes she made with Max early on will have affected him, thus making her vulnerable, and she feels judged by others on the street who may see her as responsible for Max’s behaviour.

It is crucial for Paula that Kylie remains sympathetic, and she considers this, together with her feelings of inferiority, to be the crux of the character. “If all her creases were ironed out”, observes Paula, “I don’t know if there’d be much drama left in her”. It’s important to her that Kylie isn’t portrayed as one dimensional, and she observes, “I haven’t wanted her to enjoy going back to speed, it’s a real test for her.”

The research conducted around both drug addiction and ADHD makes Paula feel well supported. With regard to the former, Paula relies on a combination of instinct, how Kylie’s story is written, and the advice of a recovering addict to inform her performance. With regard to the ADHD aspect, while she has experienced people saying Max has never shown signs of this behaviour before, and it’s purely for the storyline, on the whole a lot of parents have said thank you for addressing it and portraying it, as it reflects their feelings and experience. 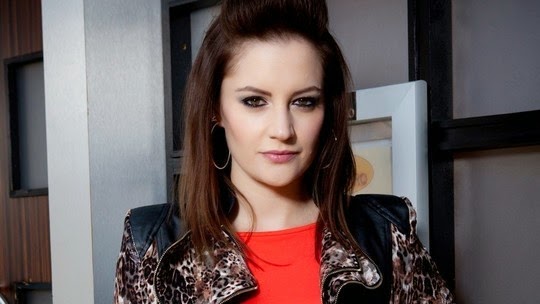 Preparing for motherhood herself, Paula reveals that her pregnancy hasn’t posed many problems with regard to filming, with helpful disguises including well placed handbags, fruit bowls and teapots. “To be pregnant accomplishing something feels really successful, and I’ve had a kick out of it and felt like I’ve gone on this journey with my little pal” she explains, “It’s never felt like work”. Paula’s impressions of Kylie as a mother are that “She tries her best and shouldn’t be so hard on herself. She’s a tortured soul whose heart is in the right place”.

With her baby due in December, Paula will finish filming in the first week of November; perfect timing for a Christmas exit. While the storyline was already in the pipeline, her departure facilitated taking it in a different direction, resulting in a traumatic exit. Paula considers it strange to get a taste of what it would be like to leave the street, albeit temporarily, as she plans to be back on the cobbles in March.

She feels very privileged to be in Corrie, and acting is a big passion for her. She’d love at some point to tread the boards at the Royal Exchange, perform in a fresh drama that hasn’t been done before, or try her hand at sci-fi or a part in Doctor Who.

Paula very much values her privacy, and doesn’t subscribe to the celebrity lifestyle confirming, “It’s a conscious decision and something I've been very happy with and won’t change”. She finds fulfillment in people noticing her for doing her job and not for something else, observing “That is the biggest kick that I can get out of it. It’s worth a thousand magazine deals”. She is clearly passionate about acting and values her job immensely. While Kylie shares her feistiness, Paula is very sensitive and could never have fights like Kylie does. “I like to think I've brought a bit of myself to the role” she explains, “but the rest I've pulled out of thin air really”.

I asked Paula what her one wish for Kylie would be: “Just to be happy and safe in the knowledge that you’re okay, and people make mistakes, and she doesn't always have to go off the rails.” Here's hoping she will emerge from her darkest hour having learned her greatest lesson.