(This post was originally posted by Stevie Dawson on the Coronation Street Blog in September 2014.)


Coronation Street’s Clown-in-Chief Steve McDonald has been feeling a bit down in the dumps recently. Wracked with guilt over his involvement in the Peter-Carla-Tina situation, further compounded by his Dad Jim’s mischievous and violent actions in prison, Steve is feeling the weight of the world on his shoulders. Weatherfield’s wally has pressure coming from all sides with a demanding girlfriend, two businesses to run, mum Liz getting involved with Jim again, not to mention his infatuation with a dot-to-dot of moles he's discovered causing him extra worry, albeit unnecessarily, things are getting to him. There’s also the additional worry of little Amy and her ever more present Tracy-like behaviour, which we are all fearful of! 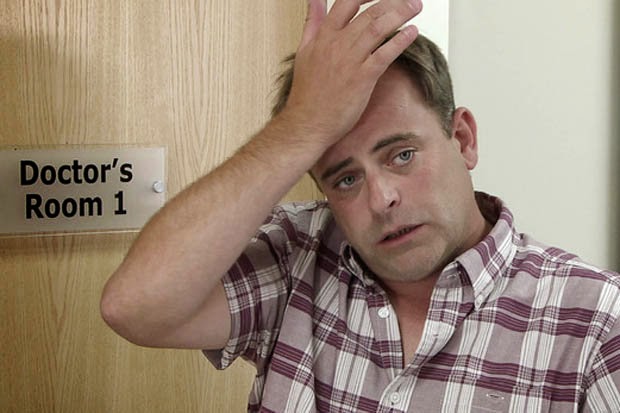 Who can blame Steve for feeling a bit stressed?

Well it’s more serious than that. We are about to witness Steve descend into depression. Who can blame him with everything that’s going on? And the cherry on the cake is the big 4-0. It’s becoming clear to Steve that even though he might go through life making light of situations, he can’t get away with joking his way out of things any more. He’s a dad, a partner, a business owner and actually, he’s proud of what he’s managed to build up over the years, especially considering the many hurdles he has had to confront. But who knows how long he has been hiding these feelings? It’s common for people with depression to cover it up until they are at breaking point. The McDonald clan have certainly had a lot to contend with over the years. 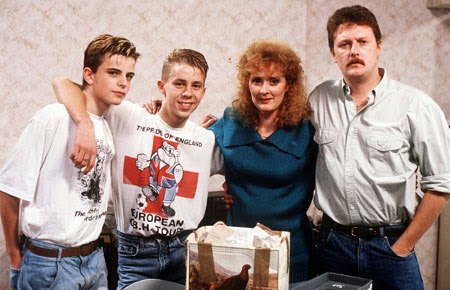 The Steve and Liz of today are a wonderful example of how characters can change and develop in Coronation Street. Many of us remember the tumultuous 90’s with Jim, an ex-solider terrorising his wife, Liz whose pain could be read in every facial expression. The twins Andy and Steve fighting, getting into trouble and further making Liz’s life a bit of a nightmare. Add in a few more prison sentences, murder charges, wives, children and of course the ever present Tracey Barlow, and you’d actually expect a rather fractured mother and son relationship. But Steve and Liz have become quite the double act. Despite the trials of life in Weatherfield they have stuck together. Granted they get right on each other’s nerves a lot of the time, but they are a team and at the moment it seems one that would prove difficult to break. This was highlighted quite beautifully when Liz last left the cobbles in 2011. Her final scenes showed that love Steve and Liz have for each other.

At the time, Bev Callard who plays Liz was going through her own serious depression problems and thankfully she has got through them and returned to Corrie. Bev and Simon Gregson are very close in real life and I’m sure the experience of those difficult couple of years for Bev will help them both portray this important storyline in the brilliant and delicate way Coronation Street always approaches such issues.

So what does this storyline mean for Steve McDonald? Have we lost our favourite joker for good, will he too get through this difficult time or will he come out of this a different person? With depression, and I know Corrie will have done their homework, as in life it’s difficult to say. Life experiences, trauma and the daily grind contribute to depression, but sometimes it’s difficult even for the professionals not only to explain but diagnose. Steve’s storyline has only just begun. We’ll see him try to diagnose himself, question his worth and question his relationships. Hopefully we'll see the strong bond between Liz and Steve prove it's worth during his difficult time. It’s sure to be emotional but essential Coronation Street viewing, for those that know about depression and those who may learn a thing or two.

There are many ways people can get support if they are feeling depressed, or can’t explain exactly what they are feeling. Here are a few ways you can find out more information:

Mind.org / @MindCharity – one of the most prominent mental health charities

Twitter: @timetochange – the campaign to end discrimination against people with mental health problems