What Makes a Man?

(This post was originally posted by Stevie Dawson on the Coronation Street Blog in September 2014.)

Coronation Street’s PR team have been making a big deal of Corrie’s men in recent weeks, particularly some of the new arrivals. You may have seen this Rat Pack style photo shoot which helped viewers get to know some of the easier-on-the-eye male cast members a little better (including two upcoming new members).

It reminded me of a tweet posted by Charlie Lawson not long ago about filming his final scenes as Jim McDonald (again) with Chris Gascoyne who plays troubled Peter Barlow. Here’s the tweet:

On reading the tweet you might think some of Charlie’s Corrie colleagues would take offence to this slightly bitchy remark. But he does have a point. It’s certainly not a bad thing to see young, hot, virile hunks wandering across the cobbles, but in a place like Coronation Street you’d expect there to be a few more rough and ready blokes than there currently are. 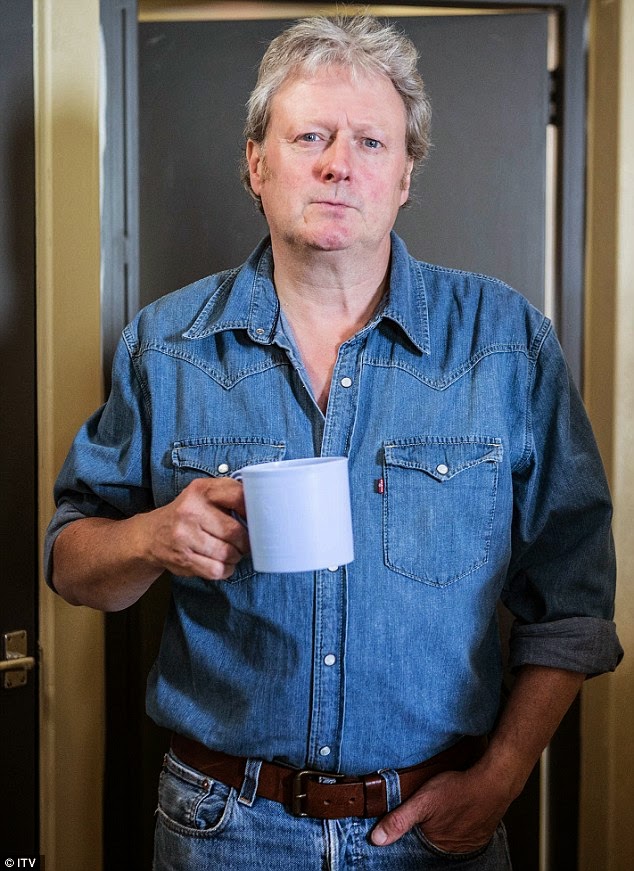 Peter Barlow certainly fits the bill. As does Liz’s new squeeze and Eileen's ex Tony, who you wouldn’t want to meet down a dark alley. Or perhaps you would. And then there are a plethora of baby faces making up the rest of the male cast – Todd, Luke, Tyrone, Jason and David etc, not forgetting others like Norris and Ken, who can hardly be described as ‘blokes’. Corrie is famous for its strong, dominant women, and back in the day despite being severely henpecked there would be strong, troubled husbands and boyfriends opposite them; Alan Bradley, Des Barnes, Kevin Webster, good old Mike Baldwin and Jack Duckworth, more recently Charlie Stubbs and of course violent ex-soldier Jim. The Corrie ‘bloke’ existed in its best form before the days of the metrosexual.

In any case the men in Coronation Street will always play second fiddle to its women, that’s the way it has always been and that is what Corrie is all about. However don’t Corrie’s women prove what stuff they are made of when tested by the opposite sex? Rather than the clean shaven, preened hunks we see so many of today, perhaps they’d be better served by manning up a bit and forgetting the idea of style over substance…

In terms of Charlie’s tweet, love him as we do, get over yourself mate. You play Jim McDonald not James Bond.