Natalie Gumede in Doctor Who 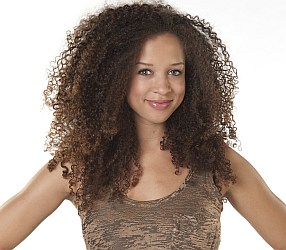 The guest cast for this year's Doctor Who Christmas special has been announced. Most of the publicity is touting actors Nick Frost and Michael Troughton (son of an earlier Doctor, Patrick Troughton).

But look who else is in the cast list? Ex-Coronation Street star, Natalie Gumede who played troubled Kirsty Soames! Natalie did a bang up job on Corrie and I expect she will shine in Doctor Who.

Natalie herself tweeted "WELL excited to be part of THIS "@mediaguardian: Doctor Who Christmas special gets a Frosty feel http://gu.com/p/4xyzb ”"

There's no word yet on the storyline or what Natalie's part will entail. We wait with bated breath! The episode will air on Christmas Day.