Is size everything on the Street?

(This post was originally posted by Clinkers (David) on the Coronation Street Blog in September 2014.)

You get a lot more for your money down Weatherfield way these days. It's reassuring to know that we could navigate a couple of cruise ships down the centre of the Street and that the Rovers accommodation potential exceeds that of the Shard. A bigger space therefore demands to be filled and to that end, we seem to have cast members squeezing out from between the cobbles at an alarming rate. 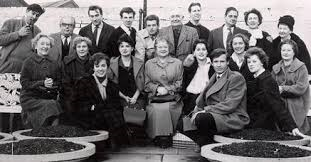 How would Corrie fare though if the cast suddenly had to be reduced to 1960s levels? Which of the characters would you deem 'essential' and which would you relegate to a 'supporting' status? It's a difficult concept given that you have to have the right kind of mix for the programme to work. Think of it as being a soap opera version of Fantasy Football!

Any reduced Corrie cast would have to feature Ken and Deirdre. Ken for historical reasons and Deirdre for hysterical ones. She is priceless and as the years go by, Deirdre is morphing into something quite wonderful.

The Rovers is the cornerstone of the Street and probably wouldn't be much cop without Liz and Steve at the helm. Would we miss Michelle? Possibly not. She's never really been popular and it's probably too late to start softening her character now. Ditto Tracy luv.

There traditionally has to be an Alpha male or even Alpha female in residence and therefore Carla would escape any cast cull. Alison King is always a joy to watch and the multi-layered Carla would be too good to lose.

Couples have always been a feature of life on't Street so it would be 'yes' to Sally and Tim. Joe Duttine continues to shine as hapless but not hopeless Tim and is the perfect foil for Sally and her Mrs Bucket moments. We would also keep Jason and Eva. Again, this feels like a very 'right' pairing. Jason has matured nicely and Eva's dippy but not in a 'Raquel' way.

Kirk and Beth are Corrie gold too. Kirky is dependable and Beth's scattergun approach to life is refreshing at times. She's the new Millennium Vera Duckworth.

Although they are not a couple, Luke and Steph Britton have settled into Street life nicely. Steph, although prominent, hasn't been foisted on viewers in the alarming way that Michelle, Becky and later Tina were. Luke seems like a decent bloke and at the moment there are no signs that he is going to start bashing people around the head with a spanner. 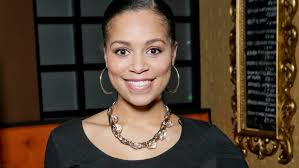 One of the best characters in the show of late is Julie Carp. As I may have droned on before, Julie ought to be front and centre in the Corner Shop. Her personality is ideal for that arena and she would probably suit a designer tabard.

That's a total of fourteen cast places filled. To round it up to sixteen, let's add Roy and Tyrone. Of these two, Tyrone has gone off the boil recently with some odd bordering on bad judgement calls in his battle with Jason. As for Roy, well he always makes for interesting if not always comfortable viewing but we love him to bits - so he stays.

Who gets left out? The list is long and worrying. I've not included any of the Tilsley/Platts. Todd and Eileen, Dev, Mary, Rita, Norris, Emily, Sean, the whole Nazir clan, assorted Windasses, half the inhabitants of number five, Fiz, Leanne. Madness! Would it be even feasible to reduce these characters to 'supporting' status or even have a version of the Street that focuses on a core cast of sixteen characters? 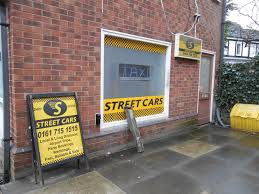 There's your task. If you were asked to trim the cast list, who would stay and who would be ordering a taxi from Street Cars?

If I may be so bold to list the characters I would not miss: Fizz, Tyronne, Kylie, David, Gail, Michael, The Windasses, Maria,Tracey, Roy and Michelle.