An Outcry over what Sally said to Alex in the Cafe. 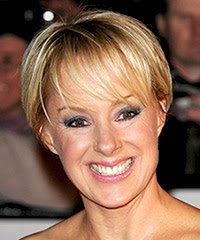 (This post was originally posted by Ruth Owen on the Coronation Street Blog in January 2016.)


There's a bit of a furore broken out from last night's episode. It concerns a moment so brief that it might have been missed by many viewers. Sally was ordering a sandwich in the cafe and it is Alex who serves her. She says to Alex, 'Are you enjoying working here? He replies, 'Great.'
Sally then says,' Nice you've got a job.'  It was this response which has upset so many people. Some disability campaigners say that Coronation Street was showing itself to be anti - employment for disabled people. I believe they are wrong.

What Coronation Street was intending to do was to show Sally's lack of awareness, sensitivity and inhumanity. Sally is renowned for her snobbery, her putting her foot(feet?) in it and, despite her belief in her own unsurpassable abilities, she is often wrong. May I refer you to the occasion of the Vienneta and the red sofa and the Banksy. Social climbing and saying an inappropriate few words, is what Sally does and is part of the mismatch between her perception of herself and the perception others have of her. For instance, recently  her comments to Anna about having a date 'at your age,' were crass, patronising and downright rude.

Her bid to be a councillor, amusing though it is, demonstrates Sally's desire to climb the rungs towards the top,  in her view, of  Weatherfield's ladder. She sees Ken as a fellow intellectual, but doesn't realise that she will never be in his league.

Maybe the point was made too subtly. We needed it to be more obvious that Sally was in the wrong and that there is no reason on this earth why a person of any often marginalised group should be more grateful for a job than anyone else, including Sally Metcalfe.