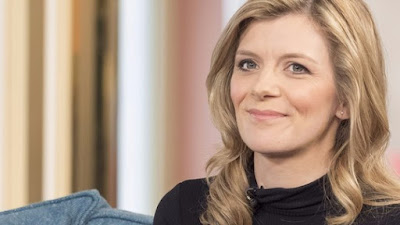 Jane Danson, who plays Corrie's Leanne, was interviewed on ITV's This Morning this morning.  She talked about the storyline involving Simon being violent to Leanne.


Interestingly, Jane admitted that she felt that the violent Simon storyline didn't ring true for her when she first found out about it.

She says: "When it was pitched I wasn't really sure if I bought it because I thought Leanne Battersby's quite tough and she's always been a bit gobby and would she really take this from a teenager?  But then going into the storyline more you realise that he's never had support, his dad's always dipped in and out of his life and maybe they're the reason why he's turned out the way he has."

Jane says she's very proud of Alex Bain, who plays Simon. And she says that having such a bad temper on screen as Simon goes against what Alex is really like in real life as he's so nice.

You can watch her video interview here.

Glad to hear that the actress had some misgivings. I completely agree. It goes against Leanne's true nature and against the nature of Alex Bain. I think Alex is having a tough time playing a punk kid. They could have tried to make Simon troubled as a result of all the trauma he has had to endure in his short life, but not in a physically aggressive way. I don't like the storyline. It's gone on far too long.