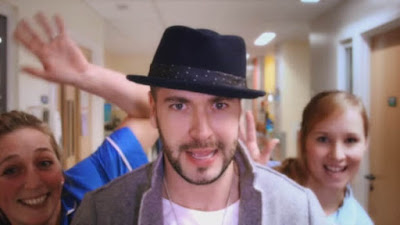 Some of the Coronation Street visited Royal Manchester Children’s Hospital last weekend to perform American Authors’ hit Best Day Of My Life with some of the hospital patients.

Shayne Ward, Debbie Rush, Joe Duttine, Alison King and Michael Le Vell got involved after being asked by Amy Lister, the mum of a former patient. Amy organised the project to show how hard the nurses work on the ward, which looks after children with cancer and blood disorders.

Amy said: “They all jumped at the chance to be involved and even turned up early so they had time to meet the kids and play with them.”

You can watch the video below, which also features actors from Emmerdale and Hollyoaks.