Behind the Street Silent Auction 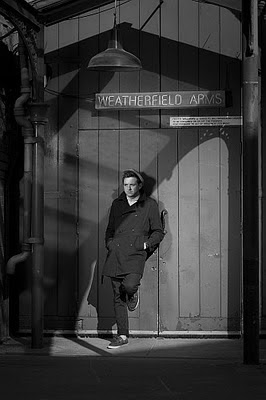 I received this press release that was sent to someone at CBC who forwarded it and this has also been blogged over on the Coronation Street Blog recently as well. Even though it's to do with an exhibit in Manchester, I thought you might like to see the photos that were taken for it because they're gorgeous!

All of the photos are viewable over on the ITV website here. This one of Craig Gazey is one of my favourites but they're all really nice.  The photos they are talking about are going to be in a silent auction at Generation Pop in Manchester starting this Friday, January 28 until February 16 when the auction closes. On February 17 there will be a gala charity auction and all the proceeds go to the 50th Anniversary Appeal set up by ITV.

I don't know if you can put in a bid if you aren't at the gallery but you could contact them if you want to try. Details are below.

Throughout Coronation Street’s 50th Anniversary year, photographer Rob Evans took a series of stunning cast portraits iIllustrating the people behind the characters they portray, on the street that is their workplace.

The photographs will form a beautiful exhibition at Manchester-based gallery, Generation Pop. Supported by the TV Times and opening with a private viewing alongside the cast of Coronation Street, on Thursday 27th January, the images will be on show to the public until Wednesday 16th February 2011.

On Thursday 17th February the gallery will hold a VIP star studded charity auction of the signed images with all proceeds going to the Coronation Street 50th anniversary appeal (www.corrie50appeal.co.uk). During the exhibition the public will be able to make silent bids for any of the signed photographs whilst at the gallery.

"The cast work really hard creating the characters we all know and love on screen, yet they are so rarely seen as themselves - however the 50th Anniversary year gave me the chance to create this exhibition, the concept of which is to portray the actors I've come to know.

"These images capture just that - the real people behind the characters, but surrounded with elements that relate to their 'Corrie' world".

Gallery owner, Robert Marks, says: “When I first saw Rob’s photography it reminded me of Frank Worth, who photographed Hollywood’s golden era – both have captured truly stunning studies of human character.

“I will admit to being a big Coronation Street fan and am privileged to be able to exhibit these stunning photos on the walls at Generation Pop. I'm also very intrigued to see who buys what during the charity auction – I know which one I have my eye on!”.

These photos are fabulous! Hope they raise a lot of money.