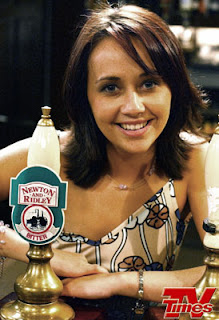 With a baseball bat? How unkind! Everyone's favourite hairdo on legs has now been strutting her stuff on't cobbles for over a decade. I hanker after the days of the greasy-haired kennel maid . . . but enough of my life and back to Maria. She's one of the characters who developed quite nicely early on but then stopped doing anything in about 2004.

Dear old Maria. Amongst the man-hungry, deranged female inhabitants of the Street, she stands out as the woman who really knows how to pick 'em. After a dozen years, her best prospect for lifelong happiness remains Tyrone. Back in the day though, they were just a sea of grimy skin and dog hair. Oh the joys of teenage romance. As we know though, it didn't last - and so began Maria's hopeless search for Mr Right. She found several Mr Dodgys.

Remember the less-than-lovely John Armley, Toyah's squeeze who got Maria in the family way. Big mistake. As was her dalliance with Nick Mark 1 (the 'lite' version as opposed to the current grizzled grandad). Didn't they make a lovely couple? No, not really. They swanned off to Canada and she came back with a Whistler Mountain of hair on her head. 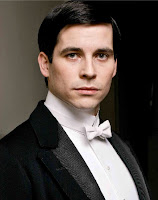 The next nutter she bedded was, of course, the rational thinker known as Charlie Stubbs. Well, maybe the manly stubble and swagger made for a nice contrast to Nick touching up his highlights in the mirror. Anyway, add Tracy to the equation and that was the end of that. For many women, it would have been a time for soul-searching and sadness. Not for our tangle-haired temptress though.

Just around the corner was Lee-yum. With a band of gold jammed on her finger, Maria was set for life. She set about turning number 7 into something horrific, joy almost flickering across that pretty face. Oh but fate can be a cruel mistress, or some old twaddle, and Tartan Tony, he of the bulging eye(s) was ready to play Grim Reaper. Before then helping himself to a slice of Maria. Lee-yum of course, didn't die. He simply travelled back in time and minced around a Yorkshire country house but don't tell Maria . . .

Sadly, the cosy set-up of 'daft as a brush hairdresser' and mass murder was never going to last. Maria left her tasteless house for the dreaded Mammy Connor in Ireland - and that was that. Except that it wasn't.

With a glint in her eye, Mistress Connor returned with baby Lee-yum and love seemed to be on the cards with lunk-head Chris Gray. Having been cast aside by his own stunningly dull family, Chris toyed with Maria's affections before the lure of boredom dragged him back to Cheryl's, no doubt beige, bed linen.

Maria loves a numpty and so who better to fill the void than Jason Grimshaw. However, there was always the terrifying possibility of having Eileen as a mother-in-law. Eileen - a woman who often seems to be possessed by the spirit of nothing at all. 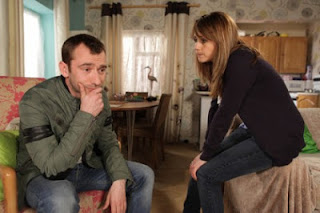 However - and I'll stick my neck out here - I predict love everlasting with confused homosexual Marcus. Love will indeed blossom in that nasty flat. To them will be born a child whom they will name Marcia. The child will have its mother's intellect and its father's love of Doris Day movies. Join me if you will in a toast to Maria Connor. Here's to another dozen unhappy years.