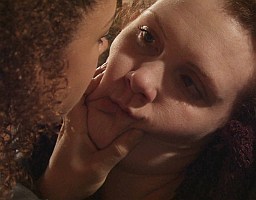 I was away for part of November so it was a bit of a rush catching up with my notes even though I did get to see Corrie all month due to the fact that I was actually in the U.K.

Lewis is playing the long game, I think, in his quest for revenge against Gail for her role in splitting up he and Audrey. I have an idea where it's going.

Leanne is settling for Mr. Right Now instead of the one she really wants, you remember him? The one that broke her heart over and over? Nick knows down deep that he's living in Peter's shadow but he's desperate to have any piece of her she's willing to give.

Kirsty's violence is getting more intense and her remorse is disappearing rapidly. where's it all going to end? Wedding bells or the clang of the Grim Reaper? And is Tyrone going to be the ultimate victim or is Fiz?

Read more about it in State of the Street.