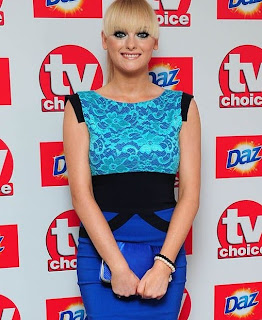 (This post was originally posted on the Coronation Street Blog September 2013, reposted to this blog with permission.)

The TV Choice awards were held in the Dorchester Hotel in London last night. Coronation Street won the award for Best Soap and Michelle Keegan took the gong for Best Soap Actress!

The cast attending the award presentations were excited to win, saying: "We are delighted to be taking this award back to Manchester to the incredibly talented and hard-working team, led by our producer Stuart Blackburn, who work tirelessly to produce quality drama week in week out.. This year has been a great year on Corrie and there is more excellent drama to come."

The Daily Mail has a gallery of photos from the red carpet and a full winner list. .Everyone looked quite glam especially Katie McGlynn, shown here in a very un-Sinead look.