Corrie A-Z: R is for the Rovers Return (Part 1)


With thanks to Corriepedia for all the info on the history of the Rovers. Today we're looking at the period between 1902 and 1984. 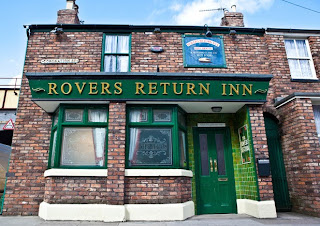 Since the beginning, the Rovers Return has been pivotal to Coronation Street. It has been at the centre of the goings-on in the street and countless residents have supped or frequented the pub over the years. It is a place where the community comes together and since the community centre was demolished in 1989, it has been the only place where characters feel a sense of community. It has hosted birthday and anniversary parties, funeral wakes, stag and hen dos, quizzes, karaoke nights – you name it, the Rovers has had it!
For the first 84 years, the pub was separated into three parts: the Public, the Snug and the Select. The Public was the largest and where most customers drank. The bar itself was located here. Until WWI, only men were allowed to drink here but then the rules were changed and women were welcome. The Snug was the smallest of the three and prior to WWI was only occupied by women. Despite the change of rules, women (especially older ones) continued to drink there with the most famous being Ena Sharples, Martha Longhurst and Minnie Caldwell. The Select was a large room that was originally intended as a place frequented by wealthy clientele with drinks served by waiters and the drinks were a bit more expensive. Rarely used, a stage was installed there and the Select was then used to hold parties and concerts.
But in 1986, the Rovers went on fire and when refurbished, the three bars were knocked into one.
Prior to Coronation Street’s on-screen debut in 1960; the Rovers had tenants since 1902. The first tenants were Jim and Nellie Corbishley who managed the pub until 1918. George and Mary Diggins ran the pub for nineteen years until 1937 when newlyweds Jack and Annie Walker moved in.
Let’s look at the history of the Rovers since then: 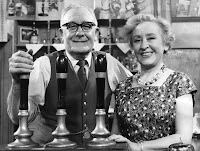 Jack and Annie Walker 1937-1970
Soon after moving into the Rovers, the Walkers’ son Billy was born in 1938. Jack came from a family of publicans and was very happy at the Rovers, while snobbish Annie hoped to move on to pastures new in the future. But when war was declared in 1939, Jack signed up for the army and Annie was left to run the pub single-handedly until 1945, as well as being a mother to Billy and Joan, who was born in 1940. In 1954, Annie decided it was time to leave the Rovers and buy a pub in Cheshire, but was shocked to find that she was considered common by customers there. So in the end she decided that the Rovers was the place for her and sought to improve the place, but was met with hostility by customers when she tried to change things. By 1961, with both children having flown the nest, the Walkers considered retirement but decided in the end to stay in the Rovers, with Annie becoming involved in local politics and becoming a member of various associations and societies. In 1964, the Walkers took in Lucille Hewitt as their ward. In 1970, Jack died of a heart attack and Annie was left to run the pub on her own.
Annie Walker 1970-1984

After Jack’s death, Annie decided to soldier on behind the bar alone. As she was in her sixties, Annie depended heavily on her staff, despite maintaining her independence. She relied on her faithful subjects – barmaids Betty Turpin and Bet Lynch. Billy also helped out with the heavy stuff on and off between 1970 and 1975. During her tenure, Annie contemplated retirement but was persuaded not to by the punters. In 1975, Annie went through the terrifying ordeal of being held hostage by two thugs who also raided the pub. This incident made Annie install Fred Gee as a resident cellar man. In 1977, Annie celebrated her ruby anniversary at the Rovers and the residents did a party for her. In 1979, a lorry crashed into the front of the Rovers. Although damaged, it wasn’t threatening and things returned to normal. Annie remained at the Rovers until 1984 when she decided to retire to Derby where Joan lived. 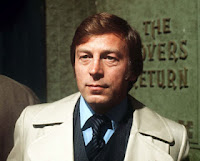 Billy Walker 1984
The brewery appointed Fred Gee as temporary manager but soon enough Billy Walker returned from Jersey where he’d been living since 1975. But Billy’s brief tenure as licensee was marred by debt and gambling. He was caught by the police selling alcohol after hours and this made him think that he didn’t have a future at the Rovers and left for Jersey – never to return.