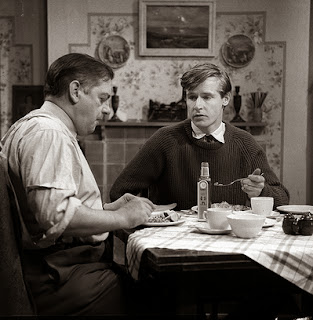 (This post was originally posted by Scott Willison on the Coronation Street Blog in November 2013.)

When Coronation Street started, way back in the mid 20th Century, it was the ordinary tale of working class folk.  People who scrubbed their doorsteps, smoked fags in ginnels, and had a half of bitter at the end of the day as a treat.

The exception to this was Ken Barlow, who'd gone off to University and come back with all sorts of fancy ideas.  The conflict between aspirational Ken and the rest of the Street was a cornerstone of the early days of the show, particularly when contrasted with jailbird wastrel Dennis Tanner a few doors down.

The weird thing is, even though society has changed in many ways and Corrie has adapted with it, underneath it there's a weird antipathy towards people "bettering themselves".  Just as if you scratch EastEnders, the word FAMILY bleeds out, and despite its many explosions and lesbians, Emmerdale is happiest going down t'shed to birth a calf, Coronation Street is essentially about uneducated working class people.  It has no time for people with letters after their name.

The latest casualty of this phenomena is Todd Grimshaw.  When he lived on the Street, Todd was a sweet boy who abandoned plans to go to college to work in a corner shop.  The only person who really disliked him was Gail, but then he did knock up her daughter and snog her son, so that's sort of understandable.  Fast forward ten years and Todd, with a raft load of educational improvements under his belt, is now a raging ar*ehole.  He's barely been back a week and he's already annoyed his family, insulted most of the employers in Weatherfield, and usurped Fat Brenda on the switch.  It's no coincidence that he suddenly has the same hair as Hitler.

The same thing happened to Amber, a fiercely intelligent, wise beyond her years girl who was packed off to London to study.  When she returned, she was a wastrel who antagonised her stepmother for no apparent reason, treated her half-siblings with contempt and sexually confused Sophie Webster.  She was finally sent packing, and no-one was sad to see her go.  Ryan repeated the pattern, leaving Weatherfield as a sensitive musician and returning as a coke-addled womaniser.  The message was loud and clear: degrees are dangerous.

In the last twenty years, Corrie has introduced dozens of young teenage characters, a lot of whom have been smart school pupils.  Yet hardly any of them have gone on to do A-levels, never mind attend University.  Greater Manchester has a huge student population, but none of the Street's youth seem to show any inclination to attend.  The only character in recent years who's attended college was David Platt, who took time out from being PURE EVIL to go to hairdressing school offscreen.  It's notable that even an exam in Perming and Tinting is viewed as the kind of thing only a sociopath would be interested in. 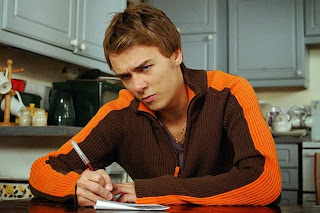 Sophie dropped out of her A-levels, but Sian stayed on.  Which one was then written out of the show?  Tina is bright as a button, but thinks the only way she can improve her job prospects is to give birth to someone else's baby or act as a paid dog walker to the undeniably puppy-ish Simon.

If a character arrives with their education intact, then they're to be laughed at.  Brian is a buffoon.  Both Curly and John Stape were treated as comic relief for their love of astronomy and poetry.  Jenna was only allowed to stay on the Street once it was established that she could never do anything clever with her degree again; the only person who was bothered by this was Mandy, and she was incredibly annoying.  Roy's knowledge of classical music and science is part of his, shall we say, "quirky charm".  And Ken Barlow remains a figure of fun, sitting around in his armchair reading Proust in a silk dressing gown; we're invited to laugh at him, and to empathise with Deirdre missing Diamante Hour on QVC because he wants to watch Newsnight. 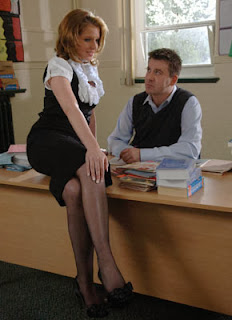 The laughs continue if anyone tries to return to their studies at any point.  Rosie Webster dropped out, but was persuaded to return to her A-levels only by the prospect of a quickie with the teacher in a layby; when the affair ended, the textbooks went straight in the bin.  Raquel and Sally tried to improve themselves a little, but their efforts were laughable, and right now Steve McDonald is heading back to college mainly as a way of avoiding doing any work.  When he announced his intentions to take an evening course, the reaction from his family and friends was pure hilarity.

If you want to study, you have to leave the show.  Andy tried doing a degree, but dropped out to work at Bettabuys; when he decided to go back to his studies he was written out.  Similarly, Toyah Battersby disappeared to That London to study and was never seen again.  It's a strange trend, not least because surely sending characters to University is a ripe storyline thread?  If, say, Faye Windass decided to go to Uni to get her degree in being obnoxious, that's three years when she's living at home and still has plenty of time to get involved in other people's storylines.  Plus, students tend to have friends who are also students, meaning the producers can introduce some other young sexy characters to join them.  We don't have to see them in the lecture hall every other week; they don't have to be buried under a pile of coursework all the time.

I'm not suggesting that Corrie should turn into Fresh Meat.  It'd just be nice to have a character who decided that a bit of studying might be a good idea; who genuinely wanted to not have to work in a knicker factory until they were arthritic; who wanted to better themselves, but in a good way, not in a Todd Grimshaw fascistic fashion.  I'm calling it now: Simon Barlow for the Class of Weatherfield University 2024! 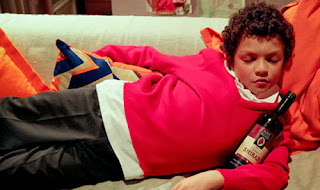