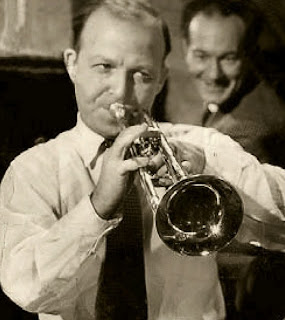 
Without a doubt, Coronation Street’s theme tune is one of the most recognised in the whole world. The brassy theme tune, consisting of a cornet, brass band, clarinet and double bass, is reminiscent of the brass bands of the North West of England. It was composed by Eric Spear (1908-1966).
The identity of the trumpeter was not public knowledge until 1994 when they were revealed as Ronnie Hunt. Hunt, pictured, said he’d been paid £6 and stated that Spear insisted on having many takes before finding the sound he wanted.
In 2010, a new completely re-recorded version of the theme tune. But for me, this is the theme tune of Coronation Street!
What do you think of the current theme tune? Did you prefer the old one?