Corrie Canada sneak previews for May 19 - 23

Without further ado, here's a sneak preview for next week's Canadian Coronation Street: 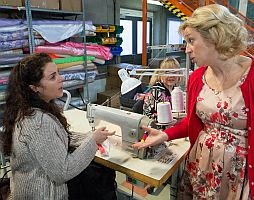 The 5K race turns up winners and losers and one person ends up in hospital. Owen still doesn't know what's upsetting Anna. Dennis tries to woo Rita back. Jenna is suspicious of Andrea. Tim and Sally hit a bump in the road. Izzy runs into trouble over the charity money. Peter's back from rehab. Tony makes Owen an offer.


For further detail and photos, see the Moosejaw Mercury at Corrie.net.