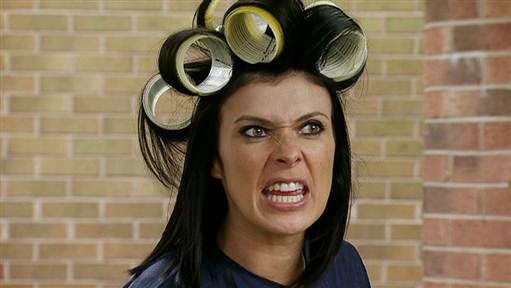 (This post was originally posted by Scott Willison on the Coronation Street Blog in May 2014.)

It must be great being Michelle Connor.  You're the centre of the universe.  Your boyfriend exists only to indulge your every whim.  Your best friend is having a terrible time of it at the moment, which allows you to be judgmental and sanctimonious.  And you have your own pub.  Really, life couldn't be better.

In fact, Michelle is even able to rewrite her entire past and convince herself that it's true.  On Monday's Corrie she launched into a tender, emotional soliloquy about how wonderful it was to have a baby.  How beautiful it was for her and Dean to spot the little spot of genetic material that was Ryan on the screen.  It was all so lovely, she teared up.

Except that wasn't Ryan, was it Michelle?  You might have forgotten, but we haven't.  We lived through the interminable, never-ending baby swap storyline of 2008.  We endured the weeks of gut wrenching emotion and people locking themselves in the back room of the Rovers and clandestine visits in manky cafes.  We put up with every tedious second of it and we don't appreciate it being swept under the carpet.  Yes, it was a horrible, misguided storyline that would probably have been best off not happening.  Doesn't matter.  It did happen, and Corrie's continued insistence that it didn't is a source of constant frustration, and the cause of many Gogglebox-esque shouts at the TV.  Over and over.

Michelle: "Oh, I do miss my Ryan now he lives abroad."

Viewers: "Go and see your other son!"

Michelle: "It was lovely holding my baby for the first time."

Viewers: "That wasn't your son!"

Michelle: "Let's have a family holiday - me and Steve and Ryan and Amy." 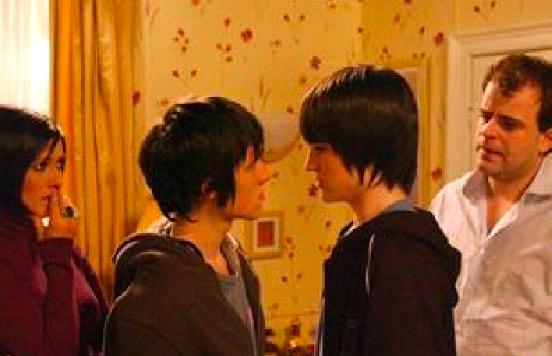 Poor Alex has just vanished without trace.  The last we heard of him Michelle was taking him to meet his grandparents in Ireland, which implies he was being welcomed into the bosom of the family.  Then: nothing. He just vanished.  This psychologically unbalanced, emotional young man who was deeply attached to Michelle after the disappearance of his own mother was never mentioned again.  Where is he?  Did he just give up?  Similarly, Ryan spent weekends with his biological father for a while: that all went out the window. When he went off the rails with drugs and dropping out and all sorts, his father was nowhere to be seen. Wouldn't a quiet word from him have helped?

It makes Michelle seem like even more of a bitch than she already is.  It's hard for her to spout truisms about "families" and to criticise Tracy Barlow's mothering skills when she has a son she doesn't give a monkeys about.  I accept that Ryan is her "real" son, in the sense that he's the one she looked after his whole life, but Alex is her biological son, a legacy of her relationship with The Sainted Dean.  And he needs a mum. 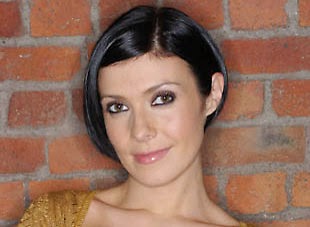 I'm not particularly keen for Alex to come back because, as I said, the whole storyline was incredibly dull. But it would be nice for Michelle to acknowledge it now and then.  Perhaps a little "Ryan's off being a DJ in the Med, and my other son Alex moved to Australia to study."  Or, "I know how you feel, Gail; my son Alex turned out to be a dangerous psychopath and has been locked up in a secure institution for the rest of his life."  Or "I think of Alex sometimes, since he was killed in that terrible exploding sofa accident while I was on my cruise."  Nothing much.  Just a bit of closure.

I'm guessing that in Michelle's world she just lost interest in him.  And since the Earth revolves around her, that's all she needs.

Why do the writers not realize we know the show better than they do? �� I've often thought they should employ a readers panel to vet all story lines. Wouldn't that be a fun job?