"Oh Manchester, so much to answer for" - Coronation Street and Morrissey 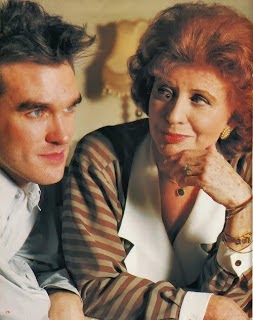 (This post was originally posted by Martin Leay on the Coronation Street Blog in March 2013.)


Not all Corrie fans are Morrissey fans but even the Mozophobes amongst us must appreciate the links between Morrissey and Coronation Street. I share an equal passion for both and feel the two-way relationship between Manchester's biggest cultural exports deserves examination.

Having recently read Morrissey’s autobiography, I was fascinated by the insights gained into the singer’s love affair with Coronation Street. And, judging by the fairly frequent use of Morrissey songs and references in Corrie, the admiration is mutual.

Writing about a childhood friend who lived “at the junction of Cornbrook Street and Chorlton Road, where Moss Side creeps up on Old Trafford,” Morrissey’s memoir describes how these new flats featured in Corrie’s opening credits throughout the 1970s, “panning from the flats over to Cornbrook Street and beyond to Harper Street”, where he himself “had lived as a newborn”.

He eloquently recalls Granada turning up at his friend’s block to “film the famous Violet Carson, in cathode character as Ena Sharples, gazing mournfully from a mid-floor veranda, misty-eyed with old thoughts.”

Growing up in 60s and 70s Manchester, Coronation Street had a profound impact on the aspiring writer within Morrissey. He would later refer fondly to the “venom and spite” years in which the formidable Ena Sharples would row constantly with his beloved Elsie Tanner. Simon Goddard’s excellent “Mozipedia” devotes an entire page to Coronation Street and claims that Morrissey would often wait by Granada Studios for autographs.

This may explain how one day Morrissey found himself on the original outdoor set. “We walk in”, remembers Morrissey, “squinting at the magical properties of television… behind us, the Coronation Street cast suddenly arrives in readiness for exterior shots, on a street where cobbles face the wrong direction, and where each house has identical off-white net curtains.”

We learn that Julie Goodyear (Bet Lynch) was nice to him (‘“have you noticed how the post-box is facing a different direction in each episode?’ … ‘Yes,’ I lied”) but Bernard Youens (Stan Ogden) wasn’t (“‘Oh, you are a nuisance, aren’t you,’ he comments”).

Coronation Street became the focus for one of Morrissey’s early forays into creative writing:

“I write to Leslie Duxbury at Granada TV, helpfully explaining how the twice-weekly crawl through northern morals needed a new knight of the pen. I am invited to submit a script, and I whip off a word-slinger's delight wherein young take on old as a jukebox is tested in the Rovers Return. Swords cross, heads bump and horns lock, and the episode fades with Violet Carson addressing the camera, one eyebrow arched, with, ‘Do I really look like a fan of X-Ray Spex?’… Leslie Duxbury assures me that my talents lie elsewhere”.

The Rovers got a jukebox eventually - Morrissey was ahead of his time. Still, Duxbury was right and Corrie’s loss was pop music’s gain.

It is clear why Coronation Street was so fascinating to Morrissey. Set in his hometown, it was a working class, kitchen sink drama in which extraordinary things happened to ordinary people; people like Morrissey. Tony Warren grew up observing social situations, just as Morrissey did and they shared a love of dialogue and strong female characters.

Morrissey would later describe early Corrie as “full of poetic instinct”. He would go on to write stories about people’s lives but tell them in beautifully crafted songs, injecting his own poetic intelligence into pop music rather than scripts. 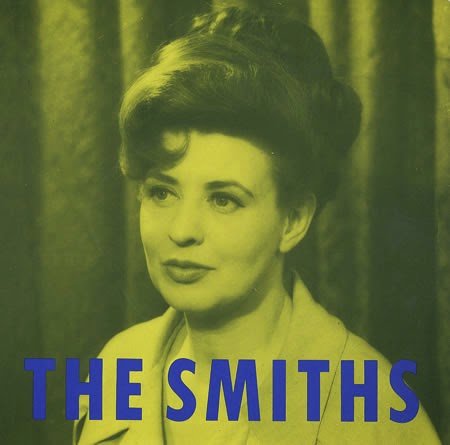 When Morrissey found fame with The Smiths, the 1985 single “Shakespeare's Sister” paid homage to The Street with the real life Elsie Tanner, Pat Phoenix, on the front cover. He also interviewed her for Blitz magazine (a great read, available here).

A year later, the seminal Smiths album “The Queen Is Dead” featured a photograph outside Salford Lads Club, a now iconic building which stands on the corner of Manchester’s real Coronation Street in the Ordsall district of Salford.

In last week’s “Moving Story” documentary (which featured The Smiths’ “Oscillate Wildly”) Tony Warren described driving around Salford searching for inspiration for the Coronation Street set. He based it on Archie Street, which was a stone’s throw from Salford Lads Club and the actual Coronation Street. 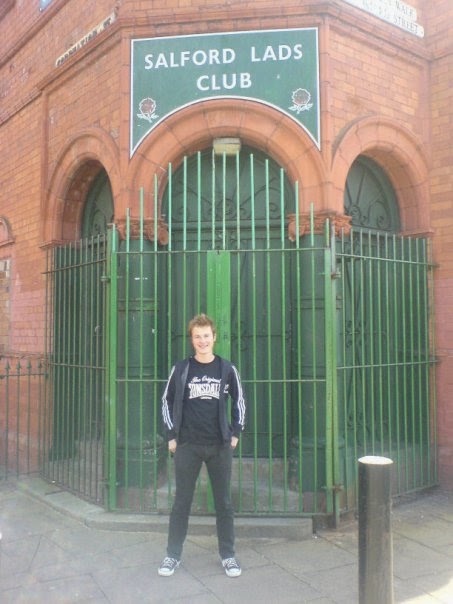 I recommend anyone who takes the Granada Studios tour to walk the extra twenty minutes from Quay Street. You’ll walk the same pavements Morrissey walked when he wasn’t in his bedroom scribbling lyrics; and see the same streets Tony Warren saw while looking for the cobbled Mancunian backstreet he pictured in his mind.

It is unlikely Morrissey watches Coronation Street nowadays. In fact, he spoke publicly of its "demise" as early as the mid 80s. If Morrissey did tune in again though, he would discover that he is frequently name-checked by his one-time favourite programme.


When Molly left him, Tyrone Dobbs turned to Moz. And when Becky walked out, Steve McDonald found comfort in “a bottle of Scotch and The Smiths”. We've all been there Steve:

The song in this scene, “Please, Please, Please, Let Me Get What I Want” also soundtracked Joe McIntyre’s meltdown when all that poor Joe wanted was a shedload of painkillers.

Morrissey isn’t only used to underscore emotional turmoil, mind. Eileen’s ex, Paul, would sing “This Charming Man” cheerily around No 11. And when Nick Tilsley was in his coma, David compiled a motivational mixtape featuring The Smiths. This wouldn’t work on everyone, granted, but it seemed to bring Nick around.

A final revelation from Morrissey’s autobiography: he was invited to star in Eastenders and Emmerdale - “and the most fascinating aspect of both offers is that somebody somewhere had thought it a good idea.” He neglects to mention that he did appear in “South”, a 1988 Brookside spin-off:

Would Morrissey accept a cameo in Coronation Street? I’d like to think so. The old flame must still burn, at least dimly; there is a light that never goes out, after all.

I can just imagine the circle being closed as Moz saunters into The Rovers, orders a veggie hotpot and a pint of mild, before sticking X-Ray Spex on the jukebox. Now, that would be poetic.

“Mozipedia” by Simon Goddard and of course “Autobiography” by Morrissey were consulted when researching this blog. The author would recommend both as excellent books that can be found in all good book shops and online outlets.