Musings on a year on the cobbles 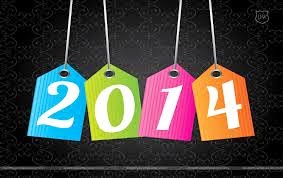 (This post was originally posted by Clinkers (David) on the Coronation Street Blog in December 2014.)

Don't worry! It's not one of those long meanderings through the year's plots and storylines. They have already been covered excellently by those better equipped than me to do so. This is more of a ramble (in more ways than one) on my own personal loves and loathes of 2014. Is it possible to have a favourite Corrie year? I'm not sure. I think as devotees of the show we tend to talk in terms of eras as opposed to specific years. 2014 - a mixed bag?

Sometimes real life has a shocking way of running in tandem with Corrie. Hayley's illness and subsequent demise came at a time when cancer had arrived in my own household. It made the fictional goings-on of the Croppers impossible to watch and so I avoided huge chunks of the show for several months. It was too painful. Therefore, for purely selfish reasons, I was happy to wave 'ta-ra' to our Hales back in January. Julie Hesmondhalgh provided us with so much joy over the years though.

No tears though for the final, painful offerings from the elder Price family members. At last the white flag of defeat was hoisted and off they went. Gloria, in particular, brought very little to the party and for those of us who have loved Sue Johnston's work over the years, it felt like a blatant squandering of her talents. Glo arrived like some bo-ho battleaxe and departed as an unloved marriage wrecker. Stella vacated the Rovers and did a stint at the increasingly cheerless Bistro before packing her beige bags and doing one. I can't imagine that we will see her again. 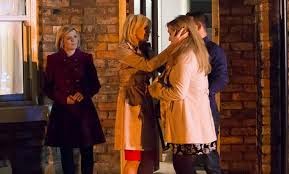 The death of Tina was long in coming but when it did, it seemed to (temporarily) be the making of Rob. This sometime humdrum character shone in the period up to his own exit and that made his departure all the more sad. As murderers go, Rob was no pantomime Richard Hillman or hapless John Stape. He was just a fool. Oddly, the rise of Rob also seemed to have reinvigorated Tracy Barlow. It's now almost a given that the majority of blog readers can't stand Tracy luv and yet when thrown a meaty storyline, Kate Ford breathed new life into her. About time too. There is something a little queasy watching a woman approaching forty acting like a stroppy teenager. Time to woman-up Trace.

We all have our favourites though and it's always difficult to pick out those who have impressed most. As ever, Steve has been a good watch in 2014. The depression storyline maybe heavy meat but Simon Gregson's portrayal of a man in turmoil has, to date, been mesmorising. Also high on my 'love list' for this year, ladies and gentlemen Miss Julie Carp. With tedious teacher Brian consigned to history, Julie has escaped a dull relationship to emerge as Weatherfield's very own Doris Day. She dresses like every day is 1957. She's taming Comedy Dev. She needs to be behind that Corner Shop counter. Now.

Luke and Steph Britton have shone in 2014 too. So far, no sign of murky backstories or unhinged personas - just a couple of normal young twenty-somethings, cracking on with work and having a bit of fun. Easy characters who are well acted. What more can we ask? 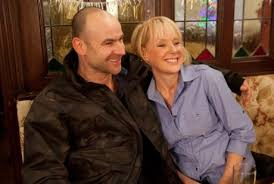 Also, let's hear it for Tim Metcalfe. Originally I had wondered if Tim was being lined-up to provide us with another 'character with a dark secret' (yawn). Instead we got a slightly bemused but decent bloke who is the ideal foil for Sally and her Hyacinth Bucket moments. Again, in Joe Duttine, the Street is blessed with a fine actor. He and Sally Dynevor are possibly the most watchable couple on the cobbles at the moment.

There's probably far too many to mention but hey, it's Christmas so let's 'big up' Paula Lane and Catherine Tyldesley (enjoy the maternity leave but come back soon!), Anne Kirkbride (Deirdre lobbing that trifle at the wall was a moment to savour) and Amy Kelly. Maddie has come on in leaps and bounds.

That's just my ever-so-humble take on things. Thanks to the actors and all those involved with Corrie who give us something to rant on about!

We all have favourite storylines and characters. Who did you love and loathe in Weaterfield this year?