My issue with Steve's depression storyline 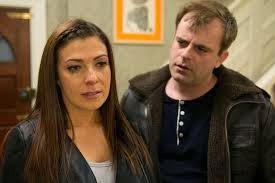 (This post was originally posted by Graeme N on the Coronation Street Blog in November 2014, reposted with permission.)

Over the past few days I have been thinking about how appropriate it is for Coronation Street to feature issue-led storylines. Steve McDonald's depression is the most current example of this. It's making uncomfortable viewing, in more ways that one.

When I blogged about Tim's literacy issues last week I received a lot of feedback from people who wished Corrie would ditch the big issues and focus on entertaining us viewers. While I would hate for Coronation Street to turn into EastEnders and I still believe character-led drama and comedy are Corrie's strengths, I think the programme does handle sensitive, thought-provoking issues well on the whole. Whether it be Sally's breast cancer or Tyrone's domestic violence plot, I really do think Corrie has a lot of power when it comes to educating the viewing public.

Simon Gregson is terrific as Steve. He has brought his character on leaps and bounds since his first appearance as a gobby delinquent teenager back in 1989. In recent times Steve has mellowed from the bad lad we used to love into a softer, middle aged comedy character that most characters on the show send up and in some cases, belittle. I have been quite out-spoken on this blog in the past about the treatment Steve receives from his partner Michelle and to a lesser extent from Liz. Although often played for "comedy", it frequently leaves a bad taste in my mouth and I just don't like it. After all Steve is a successful businessman, a doting dad and a good friend to those close to him. 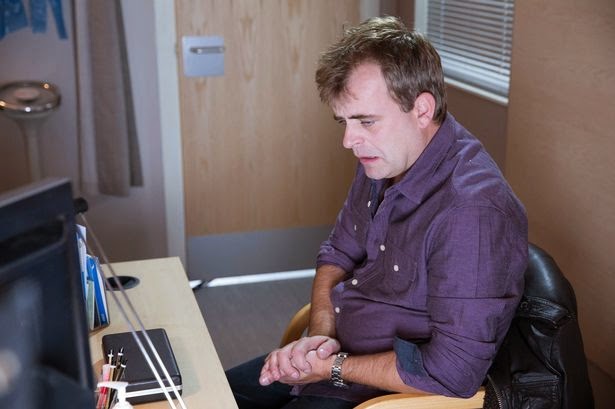 I still believe Steve is a good character to put at the centre of a mental health storyline. On the surface of it, he has it all. Things have come a little unstuck of late with his involvement in the Peter and Tina story and that, coupled with turning 40 has hit him hard. I think Simon Gregson is a good enough actor to pull this one off and I know that a lot of research will have gone into writing this plot. There is one thing that just jars for me in all of this and I can't escape it. Michelle.

It was a mistake to put Steve and Michelle back together. It didn't work the first time and it doesn't work now. Putting it bluntly, she treats him like dirt. Everything is about her. She is rude, obnoxious and always thinks she knows best. She knows something is not right with Steve's current behaviour but she still manages to put herself before anything else. The way those closest to Steve have treated him has made a massive contribution to his current state of mind. The trouble is he won't admit it and they just can't see it.

Stuart Blackburn promoted this as a love story between Steve and Michelle. I'm sure his intentions are genuine and true but I just cannot see this for a moment. A Coronation Street love story is Hilda and Stan. It's Roy and Hayley. It's Alf and Audrey. It's not Steve and Michelle. Michelle is a deeply unsympathetic character and therefore during all of their recent relationship woes, I cannot empathise with her at all. This has a massive impact on the dramatic effect this storyline can generate. Had it been Julie or Sally or even Beth it would have been a richer, more layered story I could believe in. 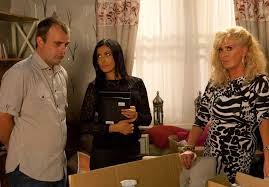 When Steve eventually shares his diagnosis with his close family I really hope Michelle and Liz show some remorse and work hard to both help him through it and understand their part in the problem. I also hope the writers see sense and bring an end to Steve and Michelle's relationship. It does neither character any favours.