Janice Battersby and the politics of a “Poncy Pillowcase”

(This post was originally posted by Martin Leay on the Coronation Street Blog in August 2017, reposted to this blog with permission.) 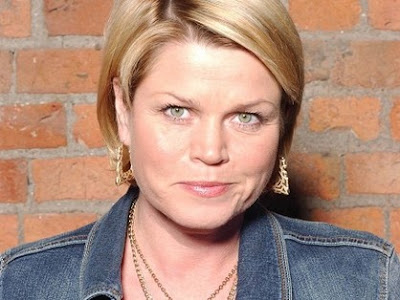 I was reading through the Political Studies Association’s ‘Politics’ journal - as you do - and was pleasantly surprised to find an article about Coronation Street in this month’s edition.

Do you remember the illegal immigration storyline from ten years ago? It all started when Wiki Danowski, Kasia Barowicz and another Polish worker by the name of Judy started working at Underworld. The Connors were cutting corners at the knicker factory and hired the Polish workers on less money than the other factory employees. 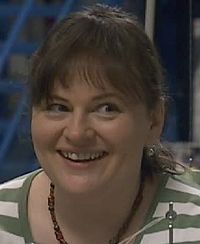 Driven by misplaced fear of losing her job or having her pay cut, Janice Battersby bullied the new machinists, trying to convince the other factory girls (and Sean) that their new colleagues were “job thieves from the nightshift, after our wages”.

Janice found an unlikely ally in Joanne Jackson; a young Black woman who her colleagues remarked was surprisingly comfortable with the prejudice shown by Janice. 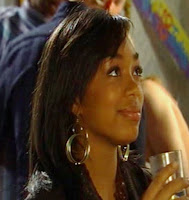 It soon transpired that while the Polish workers were in Weatherfield perfectly legally, Joanne was not. She had travelled from Liberia to Manchester at the age of eight and lacked the appropriate paperwork and legal right to remain. She was worried the Polish workers would draw attention to Underworld and risk her own discovery as “an illegal”.

Following an argument in The Rovers one night, Janice called the authorities and tipped them off about Joanne’s immigration status. Immigration Officers subsequently raided the factory in one of Corrie’s more politically sensitive plots. Here’s a little clip of this dramatic scene:

Janice later regretted her actions and tried to help her friend, suggesting the factory girls write to their MP on Joanne’s behalf. However, this very sensible idea was vetoed in favour of a scented lavender pillow for comfort and stress relief. Janice’s reaction was priceless: “Oh, right yeah, some poncy pillowcase stinking of some old biddy’s perfume - I mean, that’s really gonna sort her out isn’t it?” 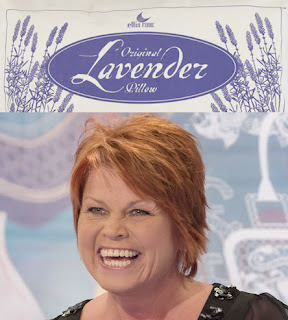 If you’d like to read the excellent article by Dr Alexandria J Innes from the University of East Anglia and Dr Robert J Topinka of the University of Sussex, it is available if you click here. I have been in touch with the authors and they have kindly given me permission to share their work.

The article explores how intersectional identities such as race, ethnicity, class, and gender are experienced in relation to the globalisation of culture and identity in this Corrie storyline. It also examines popular culture and politics more generally, as well as providing a fascinating insight into British cultural studies and Coronation Street. It even mentions “the legion of Coronation Street blogs” such as ours!

I was interested to know if the authors are Corrie fans and what inspired them to write about this particular storyline. Dr Innes tells me that she is a fan of Corrie, although she’s currently not that up-to-date with her viewing. She was interested in writing about Coronation Street because she has long been convinced of its political importance, yet in her academic discipline “soaps are not something that are generally given much time”. I strongly agree that Corrie can be politically significant. In fact, my very first blog for this site was on the importance of Hayley Cropper as the UK’s first transgender soap character (still available here). 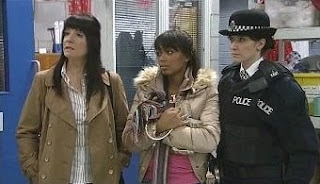 Dr Innes chose the immigration storyline because migration studies is her area of research and she remembered the storyline from 2007. She says: “I think often in academia we see these critiques of culture that are quite negative, and I wanted to recognise the things that I think Corrie does well. I see it in quite a positive light… it was important to me that it wasn’t a negative analysis”.

I think it’s great that Coronation Street has been recognised as worthy of academic analysis. I also agree with the authors' conclusion that rather than simply reflect what is happening in the outside world, soaps such as Corrie can actually shape political debate.

I asked Dr Innes which Corrie character she thought would be best suited to a career in academia. Her answer surprised me. She didn’t opt for Ken Barlow, the Street’s “resident intellectual” and nor did she go for his son, Daniel who - despite not making it to Oxford – remains one of the most “naturally gifted students” his Manchester lecturer has ever taught.

Instead, Dr Innes chose Tracy Barlow. She says: “I’ve long been a Tracy Barlow fan. She has a ruthlessness about her and a determination. I think she’d be the big-name grant-winner who everyone is secretly afraid of in an academic department”. 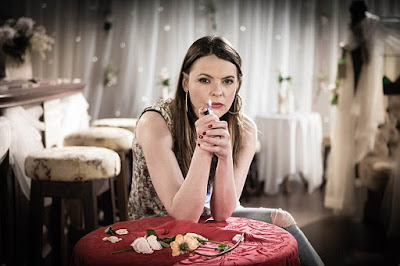 Well, there you have it - if things go pear-shaped at Preston's Petals, Tracy could get herself down to Manchester uni and enrol herself on a course. I’d love to see the look on Ken’s face!