Where are they now? Corrie Icons of the 90s - Denise Welch 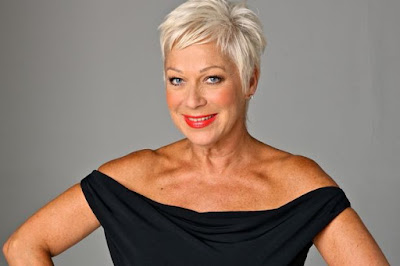 
Denise Welch joined Coronation Street as Natalie Horrocks (later Natalie Barnes) in 1997 and was part of the show until 2000.  She played the street strumpet who went after Kevin Webster when wife Sally was away looking after her ill mother in Scarborough - and she was given one of the best slaps that we've seen on the cobbles! 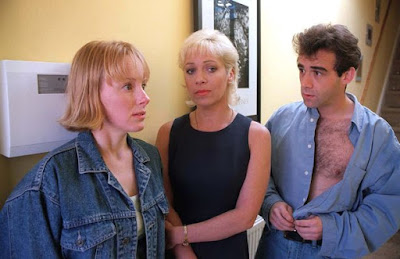 Sally Dynevor (who plays Sally Metcalfe) and Denise Welch re-enacted the slap scene earlier this year when they met at the Greater Manchester Run.  Have a look at it here.

Denise left Coronation Street in December 2000. The door was left open for her return, an offer that, to date, has not been taken up.

She continued acting with roles in Where the Heart is, Down to Earth, Waterloo Road, Holby City and The Bill. Then she became a part of the Loose Women team from 2005 until 2013.

In 2016 she starred in the wonderful telly show Boy Meets Girl.  She has released her autobiography.

Since leaving the Street Denise has confessed that she has suffered from clinical depression for most of her life and that during her time on the programme her suffering was acute. Her problems were accentuated by alcoholism, a problem she was helped with by Kevin Kennedy (who played Curly Watts) who encouraged her to Alcoholics Anonymous meetings.