(This post was originally posted by Michael Adams on the Coronation Street Blog in October 2017, reposted with permission.)


One of the many things that's admirable about Kate Oates' tenure as producer of Coronation Street is the sheer amount of old characters she has brought back to the cobbles. So far we've had Gina Seddon, Rosie Webster, Daniel Osbourne, Toyah Battersby, Adam Barlow, Brian Packham and Denise Osbourne return.

Not only that, but we've been treated to the name dropping of a multitude of well-loved characters. After all, you never forget people who mean a lot to you, as this recent scene with Rita proves:

In just two and a half minutes, lovely Rita recalls Alec Gilroy, Elsie Tanner, Mavis Wilton, Len Fairclough, Fred Elliott, Tina McIntyre, Alf Roberts and Ted Sullivan. I was gobsmacked! In the past, we've had Gail mention Tricia Hopkins which was lovely, especially given they were best friends for some time.

So this had me thinking as we look ahead to a brand new year on Coronation Street. Who would I like to return? Here's my top five picks.

I'd love to see what she made of Steve's recent affair and baby Oliver, and there'd be great scenes with David remembering Kylie. I really expected her to return for Kylie's funeral which was a huge huge shame. 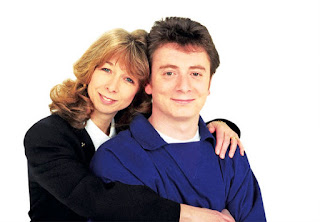 No matter how many times Gail has been married, she is always referred to by fans as Gail Platt. A reunion with Martin would be fantastic, someone she could settle down with eventually. A return seems very unlikely though, as the actor now makes cheese for a living.

Come back from Peru, Emily! You're a huge miss! Although she didn't have many storylines in the past few years, her presence on the street was wonderful given the amount of time Eileen Derbyshire had been on the show.

Someone to really rattle the cage in the Battersby family, giving her daughters Toyah and Leanne a good shake after being rather pathetic in recent months. She could also act as a mother to Eva. 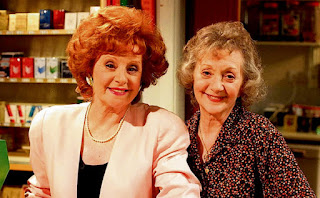 What Rita needs is her old pal Mavis by her side during the tough time she's having. Gemma suggested Rita go visit Mavis, but why doesn't Mavis make the trip back to Weatherfield? Now that is something I'd love to see.

Which five characters would you like to see return?