Which is your favourite current Corrie family? 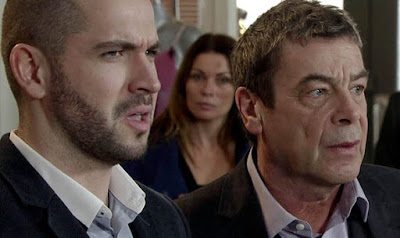 
For a bit of fun this week in the run up to the Thanksgiving Holiday weekend, we're going to be asking every day this week who our current favourite characters are.  Today it's the turn of the families.

So, who is your current, favourite Coronation Street family?

For this fan, Flaming Nora at Coronation Street Blog, it's the Connors and that includes Jenny flaming Bradley who'll soon be joining the clan when she marries Johnny later this year.

For me, Tvor at Bluenose Corrie Blog, I really enjoy the Platts, from Audrey right down to the little ones. They have provided a lot of great Corrie watching over the years and it's been fascinating to watch David grow from a troubled teen to a mature father though still with an edge.

But never mind me. If YOU had to choose just one family from the show at the moment, as your absolute favourite, which would it be?