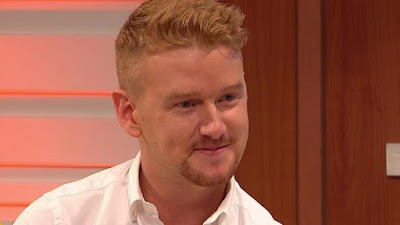 Does Gary have any suspicions that Bethany has been trying to keep him and Sarah apart?
Gary thinks that Sarah is just ignoring him and rightly so, he’s not got a leg to stand on. It’s a genuine thing that he doesn’t suspect anything.

Why does Gary follow Bethany?
Gary is chatting to Tim on the street and the girl who had been chatting him up at the Rovers go past in a car. Gary sees the girl is with Bethany and immediately thinks that something isn’t right but he’s not sure what. He follows the car to the lapdancing club.

What’s Gary’s first thoughts when he realises that Bethany is working there?
He is shocked, he is not expecting to see her there and the last thing he expects is to see her dancing! It’s a big surprise when he walks in and sees her scantily clad.

Tell us what happens next.
Gary tries to get Bethany to come home but she doesn’t like that and wants to stay. Bethany calls the bouncer to step in and he does so in a quite forceful way. Gary tries to resist a little bit which doesn’t help… the bouncer goes to town on him.

How badly hurt is Gary?
He is really smashed up, he is badly, badly beaten up. It’s the last thing that he needs with everything else going on.

What is Craig’s reaction when he sees that Gary has been beaten up?
Craig is surprised, he doesn’t even want to let on that he knows Gary at first but then he runs over and tries to help.

What happens then?
Gary goes to hospital and Sarah comes to see him which is nice for Gary and unexpected for him to see her there. Sarah apologies that Gary is always getting beaten up because of her family - there’s a little bit of a moment there where things soften slightly.

Do you think that Sarah should forgive Gary? Do you think that they are a good match?
It is a tricky one because I love Sarah and Gary together and working with Tina O’Brien and The Platts has turned my time around at Coronation Street. But how can you forgive someone who has done what Gary has done, it is an inexcusable thing. So it’s tough but, for me, it’s great that they may get back together…

What were the fight scenes with the bouncer like to film?
I remember a time when Gary used to give out the beatings but now he seems to be taking them! I have done a few fights down the years now playing the character that I play but I enjoy doing the fight scenes. And it takes time in makeup to put Gary’s battle scars on, the initial beatings took 45 minutes every morning. So less of a lie-in for me but the makeup team did a great job.

What has been the viewers reaction about Gary and Sarah’s relationship? Did you get a lot of people reacting to when Gary cheated with Nicola?
You can’t cheat on Sarah Louise Platt, nobody would do that, but Gary doesn’t do things the normal way. It’s great because people seem to love Gary and Sarah together which is a compliment and it’s nice that we might be working together again. It is a shame that the perfect romance was spoilt but it gives us a great branch of other storylines so it has been good.

What advice would you give Gary in this situation?
Don’t do it again!