Corrie in Canada: There are several words that rhyme with Nick... 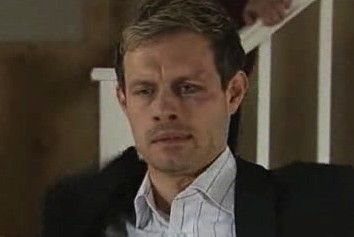 (This post was originally posted by me on the Coronation Street Blog in July, 2010, reposted with permission.)

One of those words starts with P and one starts with D. Neither are flattering. It's not as if the character of Nick Tilsley wasn't already sinking lower and lower in my eyes before now. He's a jumped up Mike Baldwin Wannabe with a poker up his backside and a nasty temperment, at least with his workers. He's using Natasha, clearly not that into her but letting her go on and on planning their future together when he has no intentions of sticking with her for the long run. But last night, he was sucking up to Leanne and then complaining because Carla gave him a taste of his own medicine and then asked her if she ever wondered if she ever pictured them together with a baby of their own...HOW FLAMIN' DARE HE!!??

If that isn't the epitome of bad taste, and quite a few other bad words that I can't use on a family blog.... You cannot imagine how much ranting I did last night watching this. I was absolutely gobsmacked that Nick would stoop so low and ask Leanne so thoughtless a question after *he* was the one that insisted she abort their baby when they were married and *still* scarpered off to Canada leaving her to deal with the breakup and her emotions on her own. What an Arse! And that's a polite way of putting it. He is officially my most hated character now! He might be a Baldwin pretender but he most certainly doesn't have the charm that Mike had to go along with it. He's just a lowlife. A selfish, whining, slimy sleezeball!!