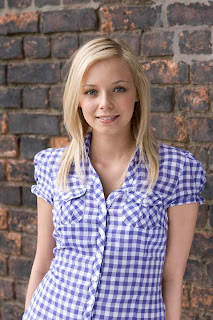 (This post was originally posted by Matt on the Coronation Street Blog in February 2011.)


Anyone on Digital Spy knows about my liking for Sian, who from the perspective of a 21-year-old provides something very nice to look at when she appears on screen. However, one problem seems to be how they show she is more than just a pretty face- and Sophie’s girlfriend.

Last month saw the second anniversary of Sian’s first appearance on the street, but since she split from Helmet Head, or Ryan as it says on his birth certificate, she hasn’t had much to do with any character that doesn’t have the surname Webster. The easiest solution would be for her to get a job on the street, that way they can have her interact with any characters who happen to be in that particular place of work. Here are the possibilities:

Audrey’s salon: They have been one stylist down ever since Natasha’s truly brilliant exit, so why not take someone else on, especially with Maria due to take over Michelle’s job at the factory

Dev’s shop: They’ve employed her girlfriend so why not? Then again that might cause problems if Sophie wants her old job back

The garage: Non-starter. I can’t see her wanting to work with the guy who destroyed her girlfriend’s family

The Kabin: Probably my favourite option, I can imagine Sian and Rita teaming up to put Norris in his place. I certainly wouldn’t want to be on the end of her feisty side!

Roy’s Rolls: Again they have been one staff member down since Kylie decided Ayia Napa was a better option than Manchester (good call, loved Ayia Napa when I went there). Plus I think Sian/Hayley interaction would be really good

The factory: Could work from the point of view of her interacting with a lot of other characters but I doubt Carla would take on anyone else

The Rovers: I’m sure having Sian and Tina behind the bar would encourage young male customers, but due to a little thing called the law this wouldn’t be able to happen until December 28th. Could work in the future though as I can see Sian as a barmaid

Any of these would definitely get her interacting with a lot more people and help develop her as a character apart from the Websters. Don’t get me wrong, Siophie are easily my favourite couple on the show, but as her and Sophie are for the long term, I think this needs to happen.

It has been reported she will befriend a girl who she meets on her forthcoming holiday, but if/how much we actually see her remains to be seen. Whatever happens I completely trust Phil Collinson and the writers to keep doing a brilliant job
Picture credit: This site
Posted by Tvor at 08:41