A Salute to the little people 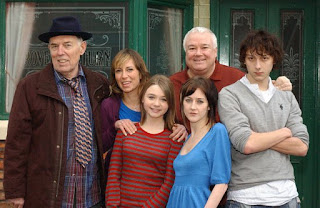 (This post was originally posted by Scott on the Coronation Street Blog in October 2011.)

We've all seen the press releases.


Here's Coronation Street's feisty new family, the XXXs.  Coming to our screens next month, the family will stir things up with the established residents and create mayhem.  The Street's producer said "I'm delighted to introduce this talented group of actors who are bound to be taken to the viewers' hearts from their first appearance."

Then, six months later, there's a terrible fire that kills all of them, or they all spontaneously decide to move to Argentina or something, and the audience barely notices they're gone.  Think of the Harrises, the Hopkins or the Mortons.  Remember how little you mourned their departures.

Sometimes though, we get a character by the back door.  Someone turns up for a brief stint, catches our eye, and next thing you know they're behind the bar at the Rovers and it's like they were always there.  They're the characters who are a little bit different, a bit strange.  They're the bit parters and we salute them.

When a new family is introduced, the writers and producers prepare a "Bible" about them - character outlines, relationships, secrets.  It's written in that Bible that Mindy isn't really Avril's mum, or that Bobby is a recovering alcoholic, or that Petra used to have a conjoined twin.  The scriptwriters then refer back to the Bible as they write these new, unfamiliar characters.

If you're only signed up for three episodes though, the writers can go to town.  They can do what they like with a bit-part character and, when this combines with a great performance, it can strike gold in a way the manufactured families and intentionally created characters don't.  It also means that the writers can make it up as they go along.  Becky could suddenly get a half-sister, or Julie could be Eileen's dad's secret love child, because there was no restrictive Bible tying the storyliners down. 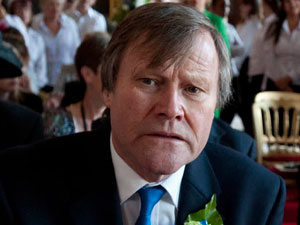 Some of the Street's stalwarts began life as cameos and guest appearances.  Roy Cropper was just Deirdre's odd neighbour in the bedsit upstairs; now he's a pillar of the community.  Mary and her competition entries were a two line joke which is still funny years later.  Norris Cole was simply Derek Wilton's nemesis, nothing more, and now he runs the paper shop.  Next to him is Rita Sullivan, nee Littlewood, who turned up for a week in 1964. Now Barbara Knox has to be physically dragged off the set at the end of each day.  And Emily Bishop, who's been in the show for fifty years, started out as a character so insignificant it took the writers a year to even give her a first name.

So how do you turn a one-episode role into a career?  Here are our tips for becoming a regular:

1.  Be funny.  New permanent characters come with jobs, mortgages, responsibilities.  They have to be a bit grounded.  You're barely in the show so make us laugh.  Think of Julie, who started out as Kirk's flighty new girlfriend who worked in a travel agency and had two previous fiancés.  She was kooky and dizzy and thought Kirk was interesting - what's not to like?

2.  Give it your all.  Craig Gazey was only in the show for a couple of weeks as David's odd cellmate in Borstal.  On his last day, one of the cameramen said to him, "You'll be back."  It seemed the whole crew had enjoyed his performance, and sure enough, a few months later Graeme was released and he moved onto David's floor.

3.  Don't worry about being realistic.  Let's be honest; Mary doesn't resemble a real human being, but that doesn't mean she isn't amazing.  You're barely onscreen so the more bizarre you are the more likely you are to make an impression.  Steve's date Beth was a right oddball, and her son even more so, and now they've been invited back as permanent characters.  The writers can tone it down later once you're buying your breakfasts at Roy's Rolls on a regular basis. 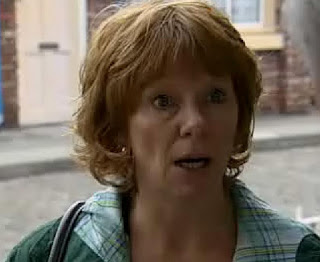 4.  Don't be afraid to upstage.  The Mortons were a sorry lot, a family of strangely-aged children with Sinbad from Brookside at their head and the preacher from Poltergeist as the grandfather.  They were doing badly anyway, but Karen Henthorn's appearance as Teresa Bryant sealed their fate.  Teresa was more likeable and sparky than the rest of them put together; when she poisoned Jerry, it was hard not to be on her side.  It was no surprise that she was kept on while the rest of the family were packed off to Benidorm (and then the writers forgot she was even in the show, but that's a rant for a different day).

5.  Make yourself useful.  Tricia Hopkins needed a friend.  This young character needed someone to talk to, and so the character of Gail Potter was introduced.  Nearly forty years later, she's still here, while the entire Hopkins family were so rubbish they were written out shortly after they first appeared.  Gail filled a niche though; there weren't many young characters on the show, so she was kept on.  It's hard to believe today that the sour-faced old trout at number 8 was once the bright young future of the show, but there you are.

Stick with these rules, and you could be the next Betty Williams.  Play them wrong, and you'll be back on the dole faster than Monica the whippet chasing a squirrel.
Posted by Tvor at 09:54