Waiting for the sun to set on Ti-ter 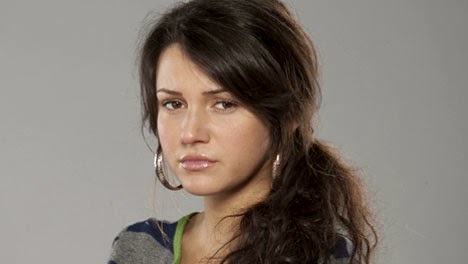 (This post was originally posted by Graeme N on the Coronation Street Blog in March 2013.)

You can tell when a storyline has run its course when you suddenly bellow out: "Oh for God's sake, hurry up and die!" at one of the characters.

It happened last night as Tina and her Groucho Marx eyebrows shuffled off to the cheerless back-alley and another joyless encounter with Fag Smoker of the Year, Peter Barlow. There was the temptation to start shaking the telly and shout: "Cut to the chase, Barlow. Jam her in a sunbed and hold the lid down". Tina will then definitely be toast.

Sadly this storyline has felt like the gift that really doesn't keep on giving. The weary old thing seems to be haunted by the ghost of Molvin - that other mismatched couple and unloved tale that so blighted our viewing back in 2010.

For me, the sadness lies in the fact that both Michelle Keegan and Chris Gascoyne, two rather good actors, have to plough through a horribly unconvincing plot. That they manage to make it even remotely watchable is wholly down to their skills. The jamming together of two random characters for the purpose of lust rarely works. Molly Dobbs was tarnished beyond belief after her extended romp with Kev. Now we have to contend with Tina heading towards oblivion, probably with little sympathy, as she, rather than Peter, will doubtless be cast as the marriage wrecker. As Elton John once sang: "It's sad, so sad . . ." 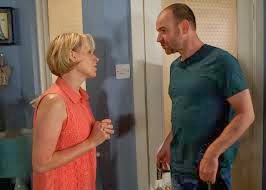 Elsewhere, there's a lovely vibe brewing in the Webster household. Joe Duttine has settled in nicely as Tim-nice-but-dim, a Stan Ogden for the new millennium. Duttine has excelled of late, showing that Tim is capable of more than vacant looks and white lies. There have been some rumblings of Maddie being touted as 'Becky-lite' but Maddie feels less harsh than Becky and Amy Kelly is a strong addition to the cast.

It's sad to see the end of Marcus Dent but the character was shamefully underused and the whole Marcus/Maria saga was forgotten almost as soon as it had begun. Maybe there was never much mileage in the scenario but at least its demise gives us the chance to see Maria wailing as only she can. Don't fret love, there's bound to be a serial killer or psychopath waiting just around your corner. Or maybe an angry customer, frustrated by your constant fiddling around with (but never actually styling) their hair.

Meanwhile it's been fun and games with the High Dudgeon Sisterhood, as Michelle and Carla act out some kind of Flappy Birds tribute with Michelle's frantic arm-crossing generating enough electricity to keep the hot pots warm. The rest of us can gleefully look forward to Carla's first appearance in a tie-neck maternity frock, sterilising unit in one hand, Merlot in the other. Mumsnet will salute her.

In other news, we saw the remains of Hayley being handed over in a chocolate box and then jammed in the hall cupboard by "am I bovvered?" Roy. Kev returned looking shorter than ever and would probably have done a runner if he'd seem Rita rumbling across the cobbles towards him like Davros in a red wig. Good old Kev. He obviously thinks Sally is running some sort of Fagin's kitchen and has already meted out retribution to the hapless Tim and light-fingered Maddie. Tyrone - be afraid!

Love Peter and Tina but whoever thought of pairing them up as lovers should be put in a small cupboard while he smokes non stop...awful!

Though I can't spoil the storyline, Can i say that there's a reason why they put them together.

I think I may know..I accidentally read something on line about what might happen...

Been watching Corrie since the very first episode! still watching even tho I now live in the States...keep up the good work!

And you will likely be correct. In most cases, the writers always have a motive. The reason Stella and Jason were put together was to push Karl further over the edge, not for any realistic and romantic reason. It's things like that which is one of the fun reasons to watch these things, trying to figure out where it's going because someone said something seemingly "throwaway" or gave a look that was filled with meaning.