(This post was originally posted on the Coronation Street Blog June 2016, reposted to this blog with permission.) 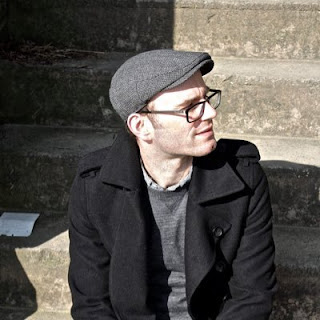 "My first vivid memory of Coronation Street is from 1989 and Alan Bradley's ultimate demise underneath the wheels of the Blackpool Tram; I was just days away from my 5th birthday! Ever since then I've watched the programme on and off over the last 27 years from sitting in front of the television with the family to relaxing after a long day at work in front of my computer viewing Coronation Street 'on demand'.

I think it'd be fair to say I'm a massive fan of the Street; after the recent soap awards I was at work in the staff canteen with my fellow workers and they were wondering who was pictured with Alan Halsall. They couldn't remember Lucy-Jo Hudson (who I hasten to add has been fantastic in Doctors recently) and I explained about the Harris family and how she'd killed her dad, Tommy, in Webster's Autos before committing suicide in the form of a diabetic overdose.

Not only that I know I've been watching the programme (in great detail!) when, during the Britain's Got Talent week, I recognised the back of Nick's Bistro as the backyard of Dev's Corner Shop! It threw me at first but I'm putting that down to the fake brick wall they'd erected.

When the former Quay Street site opened to the public for the final time I was fortunate enough to have visited seven times; I wasn't lucky enough to visit the Granada Studios Tours back in the 1990s so I made up for lost time. I'm glad I didn't have the opportunity (back then) to pay a visit as being able to see "behind the scenes" shows how much work goes into producing the world's longest running serial drama.

Whilst I appreciate people want to escape the realities of life when watching the nation's favourite soap it does irk me somewhat when people can walk into Underworld (as an example) with no form of interview and land a job; the same goes for selling a business to a sneaky rival or the stresses and strains of being unable to afford the rent but finding yourself in The Rovers for a few pints of Newton and Ridley!

Not only that but it does seem slightly unrealistic the Street residents live and work in the same Mancunian district without some of them ever venturing further afield into Salford, Manchester City Centre (and beyond). I appreciate it's perhaps expensive, a logistical nightmare and easier given the programme's turnaround but with the new larger lot at Trafford Wharf perhaps ITV could expand the set and introduce the shopping precinct and Freshcos?

Talking of sets it does seem strange watching the on screen antics of many a beloved character knowing you've 'seen behind the scenes' knowing the stairs don't lead anywhere etc; part of me is pleased Streetcars and Underworld are now on the Street again after spending years erected in Stage One/Two as it does show up what's filmed on the Street itself!

I fully appreciate the houses aren't built to full scale but I do wonder why some of the less used sets (i.e. Emily and Norris at number 3 and with Kevin at number 13) aren't also filmed on the backlot instead of wheeling them out when a storyline requires their use; at least with the Christmas storyline in 2015 we got to see Hope and Ruby's bedroom in use (as opposed to Fiz and Tyrone's bedroom being erected inside Roy's Rolls).

In terms of episode output I'm looking forward to Kate Oates' work in the Autumn and whether we'll be treated to the same kind of secrets fans of Emmerdale have been treated to the last couple of years; I have to say I'm loving Tim and Sally and Billy has been a great addition too. Tina O'Brien has been nothing short of outstanding since her return and I can't wait to see how Kylie is going to leave t'cobbles in a few weeks' time.